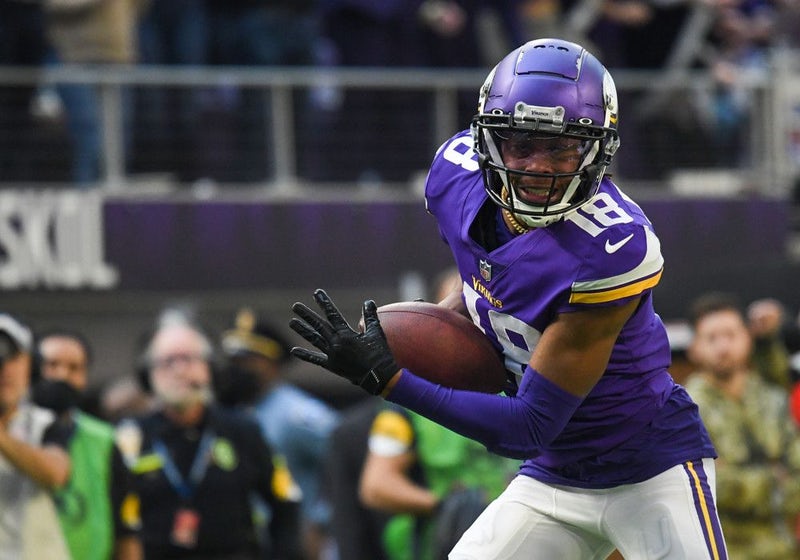 Week 14 of the NFL starts on Thursday Night in the States with the Minnesota Vikings (5-7) hosting the Pittsburgh Steelers (6-5-1). Both teams are trying to keep their slim playoff chances alive as both teams are currently on the outside looking in. Both sides have everything to play for here and it is likely to be a potential high scoring and entertaining game. The Steelers are the underdogs here but the small spread and middle game total should make for some interesting fantasy lineups.

Vikings - RB Dalvin Cook is questionable with a shoulder injury, however did practice after his dislocation in Week 12. However he is a true game time decision. WR Adam Thielen is out for the Vikings after suffering a high ankle sprain in Week 13.

Outside of the news of Dalvin Cook, both teams are missing key receivers (Smith-Schuster / Thielen) but they have adjusted to their number 1 targets in Dionte Johnson and Justin Jefferson. Jefferson in particular has become a massive Alpha Dog in the Vikings offence, that has had to chop and change with Cook/Mattinson throughout the season. Both teams are giving up big numbers via the run however, I am expecting more touches from Najee Harris and Cook/Mattinson in this one. We are in the dome so need to worry about the weather after what Buffalo cooked up on Monday Night. The pricing is pretty fair and I am expecting ownership to be quite even here.

Outside of Cooper Kupp, I cannot recall many Wide Receivers topping out Draftstars slates with the highest price tag. With Thielen on the shelf I am expecting Jefferson to continue on his massive form streak. Jefferson's three game average of 30.2 Draftstars points, including 40.2 in Week 11 is up there with the best of them. The Vikings need to go full throttle here and Jefferson is the main weapon to get them there.

With the Vikings 29th DVOA against the run then I am definitely targeting the Steelers RB in Harris, who hasn’t been as dominant in recent weeks. However Harris still receives a large amount of touches and catches from the backfield and is always in game (97% Snap rate in Week 13).

Despite Draftstars reacting to the Thielen news by bumping up Osborn’s salary, there is a sense of optimism about his outlook of the Vikings’ No. 2 receiver. Osborn finished with 14.7 Draftstars points in Week 14, and went around the 20 point mark twice earlier this season. If Jefferson is shut down then Osborn is the likely next target.

To be honest, I have played Kirk Cousins quite a lot this season despite having no rushing game whatsoever. Sometimes it has paid off and other times he has been fair. What you will get is passing Touchdown upside if he can get hot. However the price on Draftstars has made me think twice considering Jefferson is above $20k for correlation. As for Big Ben, he has been solid but not spectacular in his fantasy scores. It is a risk leaving both QB’s out of your lineup but it is one risk I am going to take to get contrarian for this slate.

If Cook does play with a sore shoulder then for me it is a lot of risk, but the Vikings are in that desperate mode to stay in playoff contention. Regardless if he plays or not I will not be considering Cook and if he is ultimately ruled out, then Mattison at $7,680 sets up as a great value play. 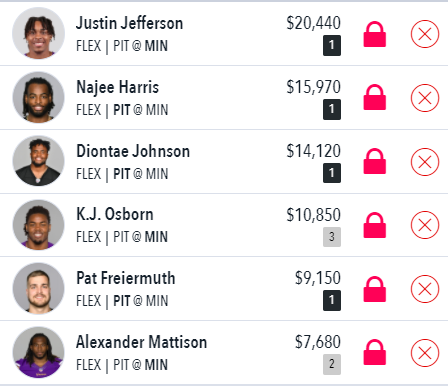