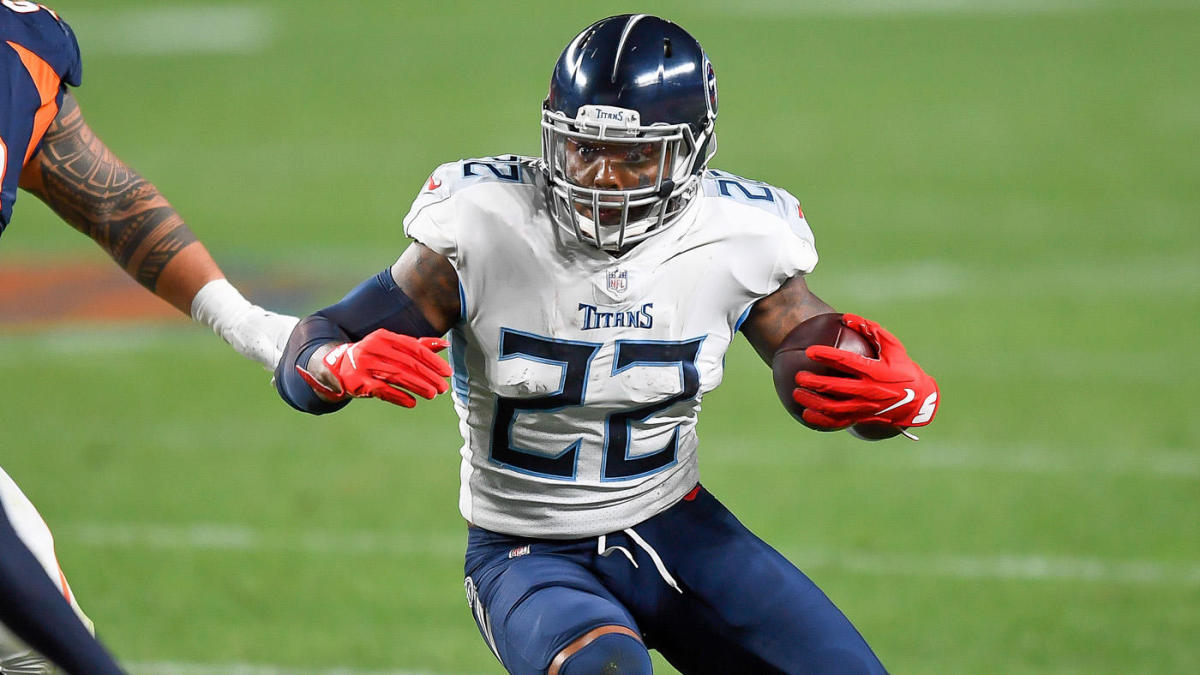 With our Aussie footy codes behind us for 2020, there’s no better time to get stuck into some NFL. Draftstars has another big $30,000 contest in the lobby, here are a couple of my favourite plays at each position. 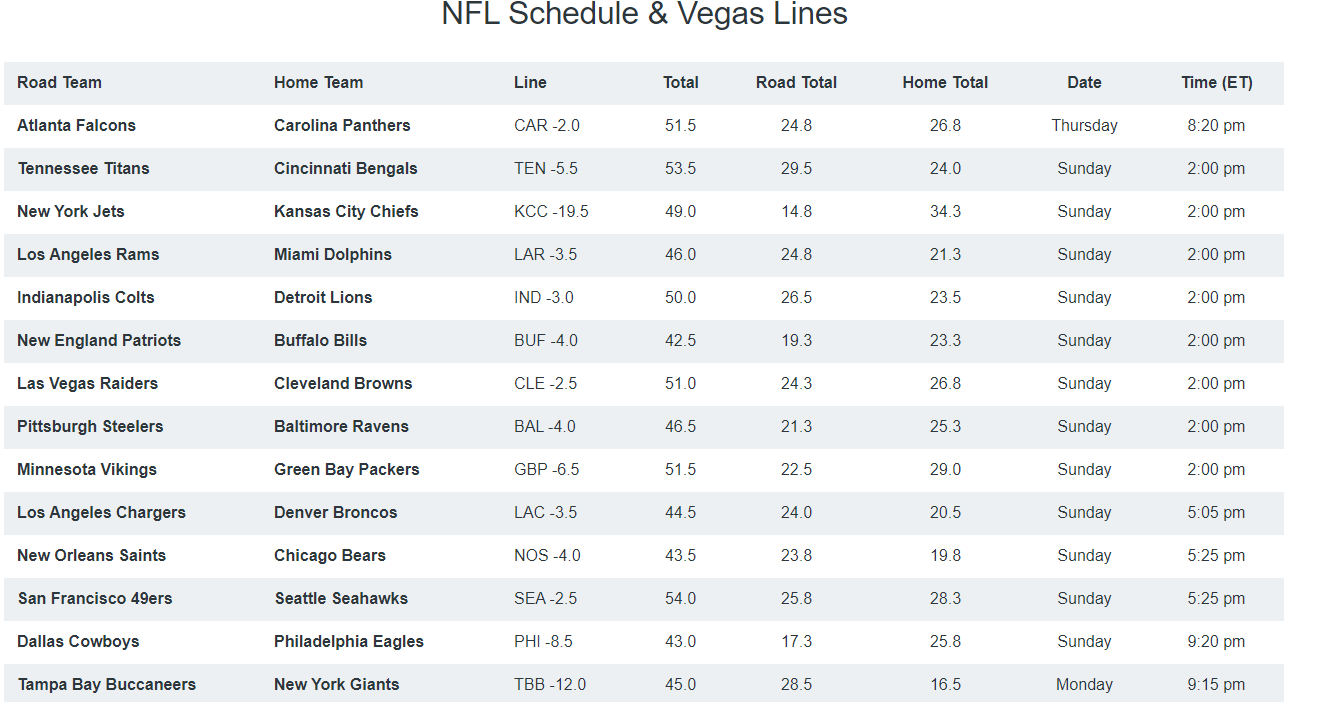 Injuries have taken a hold of the league so we do have some value options available in all positions.

Matt Stafford: Although Indianapolis is a pretty good defense all-round, I like the Detroit teams chances of having a good fantasy ceiling in this matchup. That is more likely to come in the passing game with the Colts 3 point favourites. Stafford is just overdue for a really big game, and his pass-catchers are cheap enough to make for some nice stacks.

Baker Mayfield: The much-maligned 3rd year QB is having a very efficient season so far, but his fantasy numbers didn’t look great until last weeks 30 point outing. This week he gets a nice soft matchup against the Raiders bad secondary, and the narrative is that OBJ being gone for the rest of the season actually helps him as he can just play what he sees rather than forcing it to a star player. I’m not sure if I believe that, but I do like his chances to perform well again at a reasonable price tag.

Derrick Henry: The Titans are one of the bigger favourites of the week with a 7 point handicap against the Bengals. The hopeful game script is Titans take the lead early and run the ball plenty while the Bengals chase all game. We know Derrick has an enormous ceiling, and I’m happy to take the $3,000 discount from Alvin Kamara and find better ways to spend that salary elsewhere.

Jamaal Williams/Gio Bernard: Both of these guys benefited from their teams leading rushers being out last week, with both scoring 20 points. Aaron Jones and Joe Mixon re ruled out again this week, giving us the chance to use either or both of these guys at even cheaper prices this week. Both have moderate matchups, with Williams likely to get lots of rushing work and Bernard likely to catch lots of passes with the Bengals chasing.

Kenny Golladay/Marvin Jones/Danny Amendola: My Stafford stacks are going to include Golladay and one other teammate. Golladay is a star of the NFL and should be able to beat any coverage that is thrown at him. With him taking plenty of attention, Jones and Amendola both have the opportunity to get open for a big play or two if things fall their way. It’s the type of risk that I think is worth taking for a GPP, and I find it especially hard to forget Jones scoring 4 TDs against the Vikings out of nowhere last season. I don’t mind the idea of playing Zach Pascal to run this stack back, with the Colts receiving group thinned out by injuries.

Jarvis Landry/RashardHiggins: For my Browns stack, the OBJ injury helps to narrow down the options to Landry and/or Higgins, and perhaps standout rookie TE Harrison Bryant. Landry has been a little underwhelming this season but I still have a lot fo faith in his talent, and he won’t get many better opportunities to excel. Higgins stepped up after OBJ went down last week, and could have some upside. I prefer the Landry play, but if you want to get aggressive I can see the merit in playing both.

Hunter Henry: I got so much right last week, but putting Henry in nearly all my lineups ruined my chances of any major prizes. I’m still a believer that the big score is coming soon, and I’m happy to take the big discount to the premium options of Kittle and Kelce. Denver at home isn’t exactly a great matchup, but that should help keep ownership very low and make this a big leverage play. If you want to take a similar player in a better matchup, then Jonnu Smith shouldn’t have too much trouble getting involved against the Bengals.

George Kittle: If you do have some cash to splash at this position, you could do worse than Kittle. Personally I prefer the value plays, but Kittle will get big volume against a relatively weak Seattle secondary. Travis Kelce could also beat up not he Jets, so take your pick of those two if spending big.

Kansas City Chiefs: The Chiefs DST had an absolute field day last week, and now they get a chance to back that up against the lowly Jets. With DST scoring being so volatile I would never usually recommend chasing last weeks points, especially for the most expensive option, but I just cannot see this going too badly wrong. The Titans are my #2 option as Cincinnati has struggled to protect Joe Burrow all season. 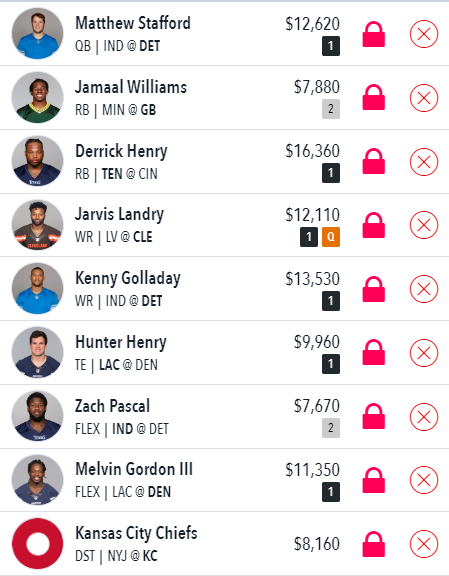