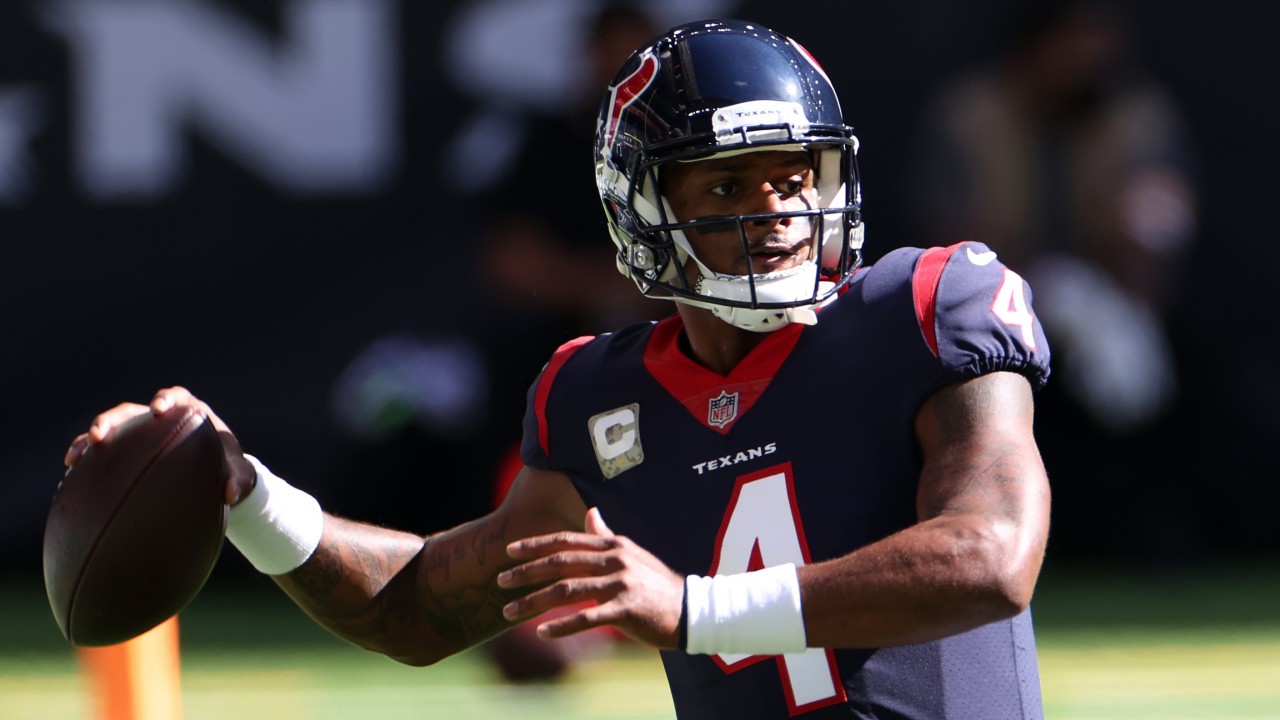 It is Thanksgiving in the USA which means the tradition of NFL throughout Thursday (Friday morning in Australia). A special two game slate (well it was three but that pandemic has changed that) with the two games back to back starting at 1:30pm ET in the US (0430 AEDT on Friday morning). DraftKings has put up the special $2,500,000 ‘Fantasy Millionaire’ which rewards 1st prize of $1,000,000 USD! There are plenty of tournaments for all buy-in levels and action is aplenty in the lobby.

On Draftstars a $15,000 contest is available for the two games along with the $2 mini as well.

With 2020 continuing to deliver the goods, we only have a two game slate which limits the player pool available. The Texans and Lions matchup on paper is one to target and you could look to run it back with the Washington defence and running game. Done! Well if it was only that simple… Best that I run through options for Friday morning.

This is your easiest decision on the slate. Matthew Stafford is struggling with a persistent thumb injury, Andy Dalton was good last week but this pass rush from Washington will give Dalton headaches and Alex Smith has yet to score over 16 fantasy points this season. Watson should be able to get it done through the air and his rushing ability is a bonus. With Houston having the highest vegas game total (27 implied points) I would not overthink this one.

I can see 100+ yard upside from the Rookie running back with Dallas allowing the 14th most fantasy points to Running Backs and they rank 25th in rushing DVOA. However we need Washington to play with a lead for Gibson to be fruitful. If you believe Dallas jumps out to a lead then you can pivot to fellow Running Back J.D McKissic who got 29 targets over Week 9 and 10 when Washington were behind.

More of a DraftKings play than Draftstars as his salary and lack of options make him a very chalky play. Washington does have a great front defensive line but I would prefer a running back that should get at least 20 touches on the ground. Always with TD upside and ability to score fantasy points in the passing game, Elliott is the safest in this thin running back position.

All out Wide Receiver attack on the Texans? Why not! You can certainly jam them in (4 players per team allowed on Draftstars only) against a terrible Lions secondary. After a rookie quarterback P.J. Walker threw for 24 completions last week, the strike power of Watson and the Texans receivers are just going to be too much for the Lions to handle. If you had to narrow these three down to just the one play then I would lean on Fuller.

Running it back with a “probable” Lions team coming from behind, Jones is the clear standout number 1 receiver for the Lions with the injuries to Amendola and Golladay. If a shootout does occur and Stafford can get the passing game going with his injured thumb then Jones has the ceiling here.

Need to be cheap here with Schultz scoring a TD for the first time since Week 4. Schultz is getting steady targets averaging 7 in his past three games turning that into 10+ fantasy scores per game.

As I was unable to select Houston and I do not want Detroit (but you should get really low ownership if you want to get funky) so I am left with Washington as DST. Which I am happy to roll with. 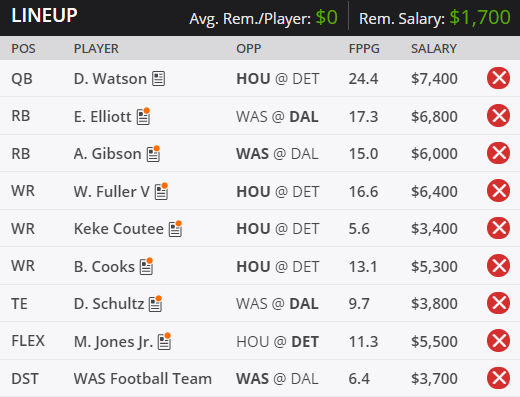 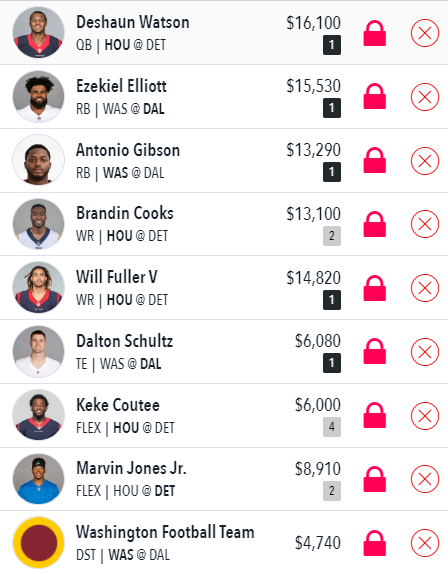