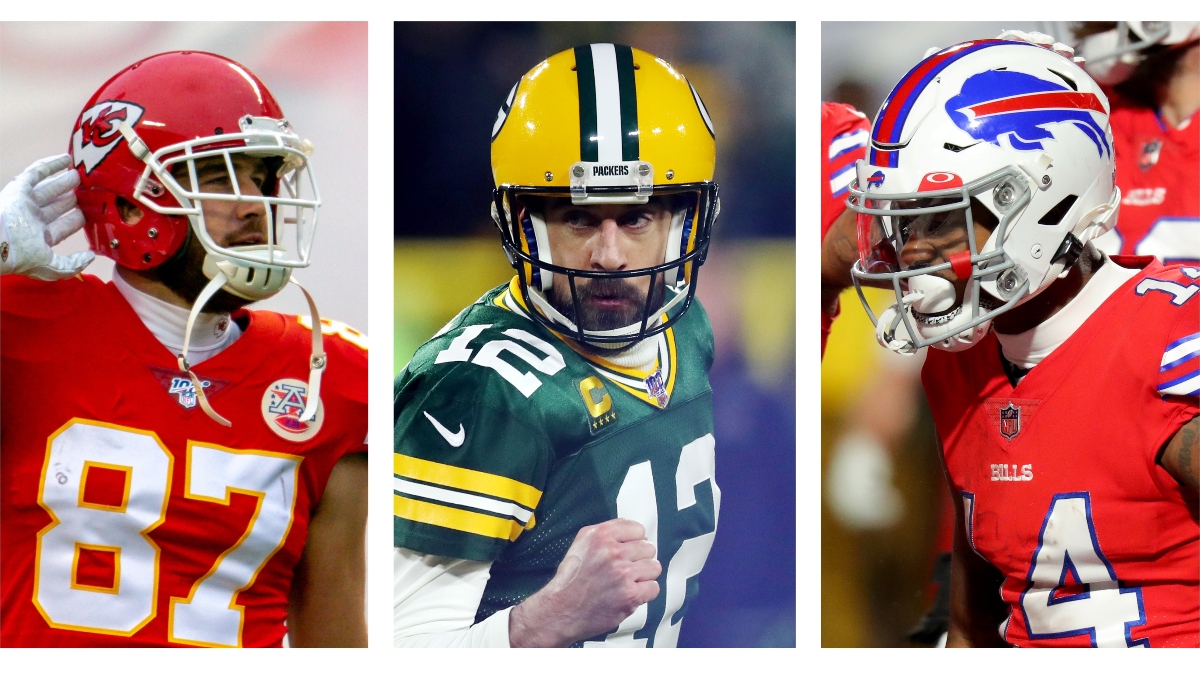 What a fantastic weekend of NFL football in the divisional round! The Bucs, Packers, Chiefs and the Bills all came out victorious and will face each other this weekend for the right to play in Super Bowl LV.

Fantasy juggernaut DraftKings will be hosting a massive $4,000,000 tournament for the Conference Championship round. Draftstars have also posted a $10,000+ contest for Australian players. With Tom away on a deserved break, I’ve stepped in to break down some fantasy plays for Monday morning in Australia.

While this looks a comprehensive list of star players with injuries coming into this weekend, each and everyone of these players are expected to play. Patrick Mahomes will obviously grab all the headlines throughout the week but the Chiefs are very confident that Mahomes will play. Antonio Brown who hasn’t practice so far this week has been ruled out.

I will also make a note of the weather. Green Bay will be likely to cold and dry with light winds. At Kansas City, while the temperatures are low the conditions are forecasted to be clear.

Suggested Team of the Week

Oh man there are some quality Quarterbacks on this slate and all four are worthy of selection. Both Allen and Mahomes are in an environment where they can both go off but the field will be at least 30% on each player. So I really like the chances of the MVP-elect in Rodgers to continue his record partnership with Davante Adams. A solid 25FPG average from his last three games and comes up against a Bucs defence that is middle of the road against the pass. If the Packers are going to make the Super Bowl then we need a vintage performance from Rodgers.

Not the best position to roster this week with either time shares at Kansas City (CEH/Williams/Bell) or a lack of a running game at Buffalo. Fournette however will be chalky but has taken over the RB1 position for the Bucs. Back to back 20+ fantasy point efforts against tough opponents and the Packers are the hardest of the lot. With no slam dunk options here, Fournette and Aaron Jones are the two that stand out.

With a 19TD, 1400+ receiving yard season, Adams is the standout receiver on the slate in terms of Target share on the season (34%) and overall snaps (87%). The Bucs are number 1 on the slate for fantasy points allowed in the WR position and number 1 for total yards allowed. I am not concerned by the price tag and is the best correlation with QB Rodgers.

If you were looking to bring it back with pieces of the Bucs offence, then Evans is a pretty solid value play, especially on DraftKings. Evans only received 3 targets in the win against the Saints which is well below his season average but when the Bucs are inside the Redzone, his TD opportunity rockets up to 30% on the team.

Very hard to get away from Kelce who is legitimately the best Tight End in the league. However he is priced at the top of the tree with Adams on DraftKings and 3rd most expensive player on Draftstars. So we probably see his ownership hover at around the 50% mark as players will pay down in the position. Averaging a tick under 27 fantasy points in his last 5 matches, I will be doing what I can to roster him but that could mean playing cheap running backs or only affording one stud receiver.

No real edge here with all teams comparably priced, although the Bucs are cheap on DraftKings. If the Bucs do get a lead with Fournette having a game on the ground, then opportunities for sacks and interceptions will increase for Tampa. But that scenario can work for each team. With both games going to be close, just pick and pray here. 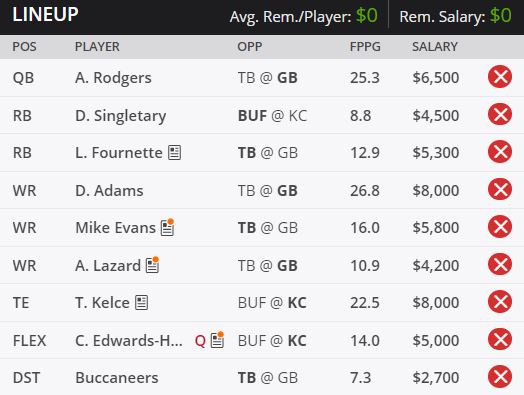 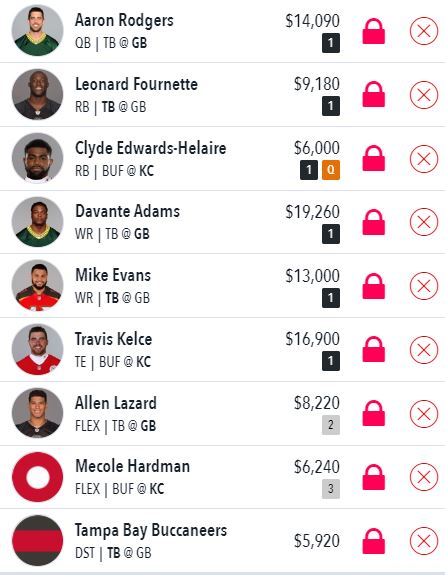