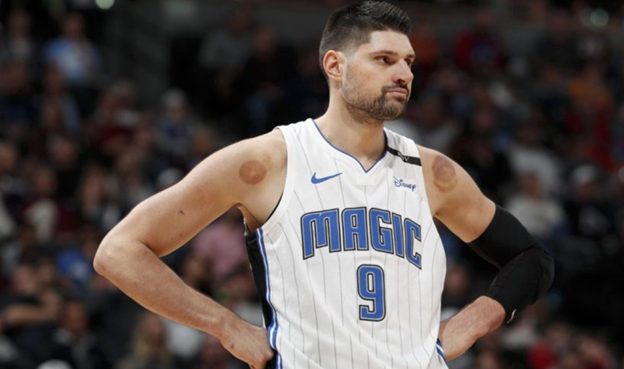 Another weekend of NBA basketball is upon us, with things kicking off for NBA Friday (Saturday AEDT) sporting a massive 9 game slate. The fantasy platforms have not let us down either with a huge variety of massive daily fantasy contests on offer:

As always there should be plenty of lineup news to work through as we get closer to tip off with all games now having a line set. We break all the major impacts for fantasy down below.

Despite that there are some very juicy games to target on this slate with three games sporting totals of 230+. The top game on the slate is Oklahoma at Milwaukee at 233 points. This is projected to be the second fastest paced game of the day with the Bucks a blistering 6th fastest team in the league this season and the Thunder not far behind in 9th. This puts both sides in a pace up spot and even better if you are roasting the Bucks players, the Thunder have given up the 5th most fantasy points in the league.

The another high total is Phoenix at New Orleans at 232.0 points. Given the Suns play at the second slowest pace in the league and sport a top 7 defense, this game total is a testament to how much the Pelicans are currently leaking points. They are currently ranked 29th in defensive efficiency and have conceded the 7th most fantasy points this season (4th over the last 15 games).

Jaylen Brown is questionable for the game on this slate. If Brown joins Marcus Smart on the injured list it will open up significant usage opportunities for the remaining Celtics (Brown has a 31.3% usage rate this season). Jayson Tatum is the obvious player to pickup the load, while Kemba Walker will also get a boost if he plays.

Andre Drummond will remain out as Cleveland seeks trade opportunities. Jarrett Allen has assumed the starting centre position in Drummond’s absence and is averaging 35+ fantasy points per game over the last 4.

Blake Griffin remains out as Detroit seeks trade opportunities. Saddiq Bey is now playing 30+ minutes per night and over the past three games has dropped 50, 37 and 27 fantasy point games (including a player of the week award). Jerami Grant is also an uptick in usage, getting a 25 shots last game to the tune of 43 real points.

Draymond Green is questionable for the game against the Magic. The Warriors are quite literally without any centre presence at all without Green in the lineup, which would be beneficial for the Magic’s big man in Nikola Vucevic. For the Warriors it means Juan Toscano-Anderson and Mychal Mulder will be likely to continue starting.

Steven Adams is now OUT of the game against the Suns. Jaxson Hayes will likely get the start if Adams is out, however this season he has not had any success that resembles his rookie year. His minutes have been low even when Adams is out and it will be worth considering Josh Hart instead and hoping the Pelicans go small with Zion Williamson at centre.

In morning updates: Ben Simmons is OUT due to illness and Shake Milton is also OUT. I'll touch on below the benefit to Seth Curry.

Jaylen Brown is right to go for the Celtics.

Seth Curry (DS $8,990, DK $4,800) has found his shooting form again finally since returning from a long lay off due to COVID-19. He is playing massive minutes (34+ in each of his last four games) due to the Sixers being short handed and has already sported an upside of 40+ this season. Last game he notched up a 38, from 25 real points, and on this slate, he draws the Bulls who play at a top 3 pace this season and have a bottom 10 defense.

Luguentz Dort (DS $8,800, DK $5,300) Anytime he slips below $9k on Draftstars he is a lock and load play for me. He brings GPP winning upside in this price range with a ceiling of 45+ and in two of his last three games he went over 31 fantasy points. On this slate he is in the second fastest projected pace against the Milwaukee Bucks, which will boost the potential for Dort to pick up steals and blocks.

Jae Crowder (DS $8,450, DK $4,800) offers great value on this slate and it gives me exposure to a matchup against the Pelicans who have been one of the worst defensive teams this year (as noted above). They have given up the most threes in the league this season, which is a big part of Crowder’s trick bag and Crowder is fresh off back to back 30+ point fantasy games.

Cedi Osman (DS $7,880, DK $4,800) is expected to start again on this slate (remember to monitor the news closer to tip off!), and in that case he would be a lock and load play for me in this price range. He offers a high ceiling of 45+ points and last game notched up a 38 fantasy point game from 35 minutes.

Jamal Murray (DS $13,700, DK $8,000) is looking more and more like the guy we saw in the bubble in recent games. His lowest score from his past four games is 38 and he comes fresh off a 60 burger last game (yes we tipped him then too). With all the outs Denver currently has there is a pickup in usage rate as Murray continues to get up 15-20 shots per game (25 in the last game).

Nikola Vucevic (DS $17,880, DK $9,900) has been an absolute monster this season averaging just under 50 fantasy points per game and flashing a ceiling of 75+. On this slate he draws a perfect matchup against the Golden State Warriors who will likely be playing no one taller than 6’7”, and if Draymond Green is out, will literally have no inside presence at all. With all the outs on the Magic, who essentially have no actual point guard right now, Vucevic gets the added opportunity of running the majority of the offense. 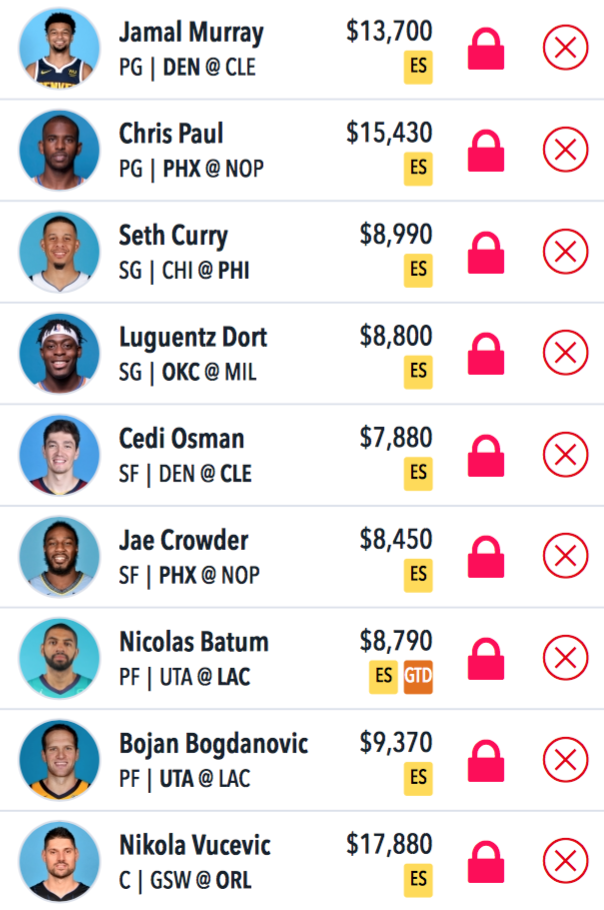