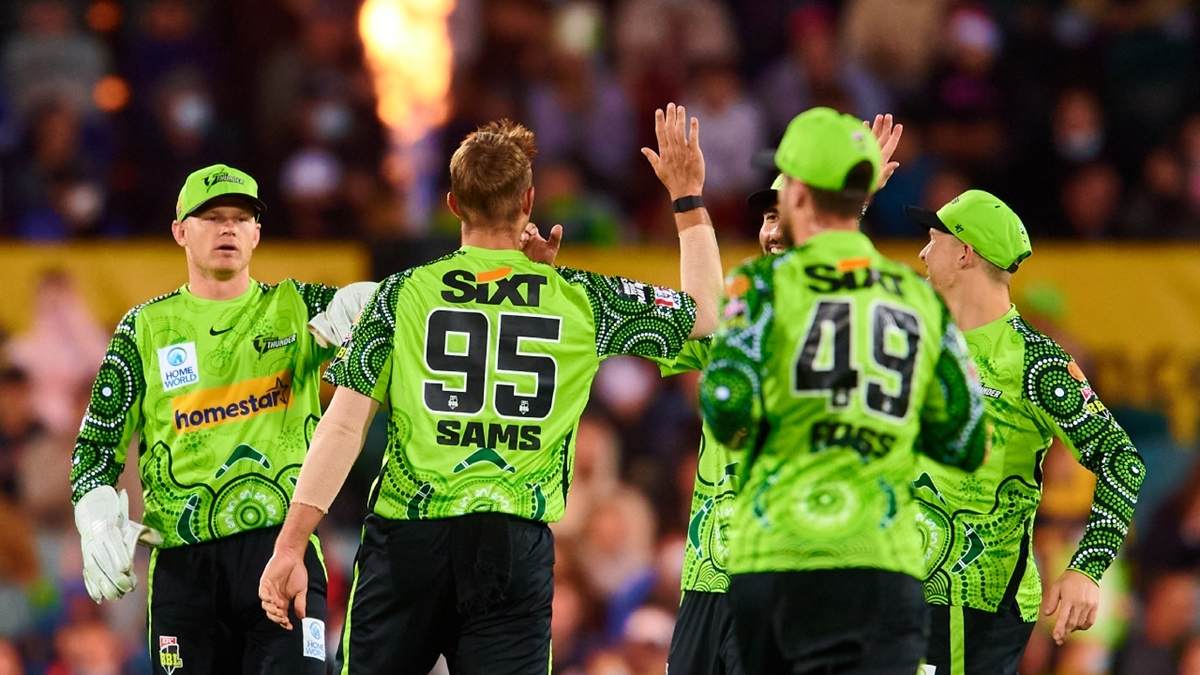 Another double header awaits us in BBL11 on Thursday and it will be the Sydney Thunder and Hobart Hurricanes who kick off the action from Marvel Stadium at 3:45pm AEDT.

The team in green won the last fixture between the teams by nine wickets just three days ago and enter this game sitting second on the table.

Meanwhile, the Canes sit safely in fourth but will be looking for a much-improved performance after struggling in recent matches.

Draftstars have put up a $15,000 guaranteed contest for the match, along with a supporting range of high roller, micro and mini contests.

The Thunder are the form team of the competition at the moment, having won their last six games on the trot in ultra-impressive fashion. It is hard to pick a weakness in the team, with every player performing their role to a tee.

The batting line-up is stacked with power hitters (Alex Hales, Daniel Sams, Ben Cutting) who are making scores while the likes Jason Sangha and Matthew Gilkes anchor the innings.

On the bowling front, pace has been the Thunder’s strength – Sams, Gurinder Sandhu and Mohammad Hasnain are flying, with ample support from the Sangha’s and McAndrew.

Perhaps the most ominous sign that the Thunder can go all the way this season is the depth they have waiting in the wings. Alex Ross was scoring runs for fun early in the tournament while Chris Tremain and Sam Whiteman are proven and experienced names.

It has not been as smooth sailing for Hobart, whose fortunes have been shaped by the inconsistent performances of their stars. Ben McDermott has been the batsmen of the tournament by a country mile, but on the occasions he has failed there has been no resistance. Matthew Wade has been sorely missed (although he is set to return on Thursday) and D’Arcy Short has dropped down the order as a result of his inability to pace an innings at the top.

The same can be said for Hobart’s bowling. Riley Meredith and Tom Rogers are strong strike weapons but the fourth and fifth options just aren’t cutting it at the moment.

The Hurricanes regain Wade and Josh Kann for Thursday’s clash, however English recruit Harry Brook has left the squad due to his international call up.

I get it. It’s not overly controversial to recommend the golden cap wearer as a fantasy play. DFS isn’t all about being different though, it’s about maximising our points totals in any way possible. McDermott is in career-best form and returns to the ground where he smoked 127 earlier in the season, both big ticks. Furthermore, he will have some pressure taken off him by the return of Wade, so I’m backing McDermott to put another strong score on the board.

The Thunder will enter this match as hot favourites against a team that has been all or nothing with the bat. Therefore, to get a player who will likely bowl his full allocation of overs at this price is a steal. Sandhu is more than just a no-name bowler too, he challenges batsmen with steep bounce and has put together a solid campaign so far.

I rate Meredith highly as a bowler, but a couple of things stand out to me in his mediocre BBL11 so far. Firstly, he has taken the bulk of his wickets against the bottom teams. This isn’t unusual, but the Thunder are a top-class side. Secondly, Meredith doesn’t seem to have a back-up plan for when all out speed doesn’t come off. At nearly $16k in this slate, avoid.

I would not be completely surprised if Thompson isn’t selected in the final XI, but he makes this preview anyway. Thompson has just one wicket since his first spell of the season and has been batting down at 7, a recipe that makes him very hard to justify as a selection well above minimum pricing.

Wade returns to the side after a week on the sidelines dealing with personal issues to a team that needs him to fire desperately. The world-class batsmen has been well below his best this season, a score of 93 covering for a distinct lack of runs. Will Wade be rejuvenated when he returns against the Thunder? It remains to be seen. 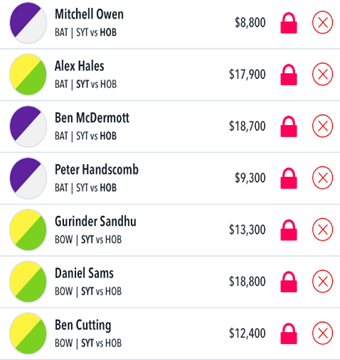