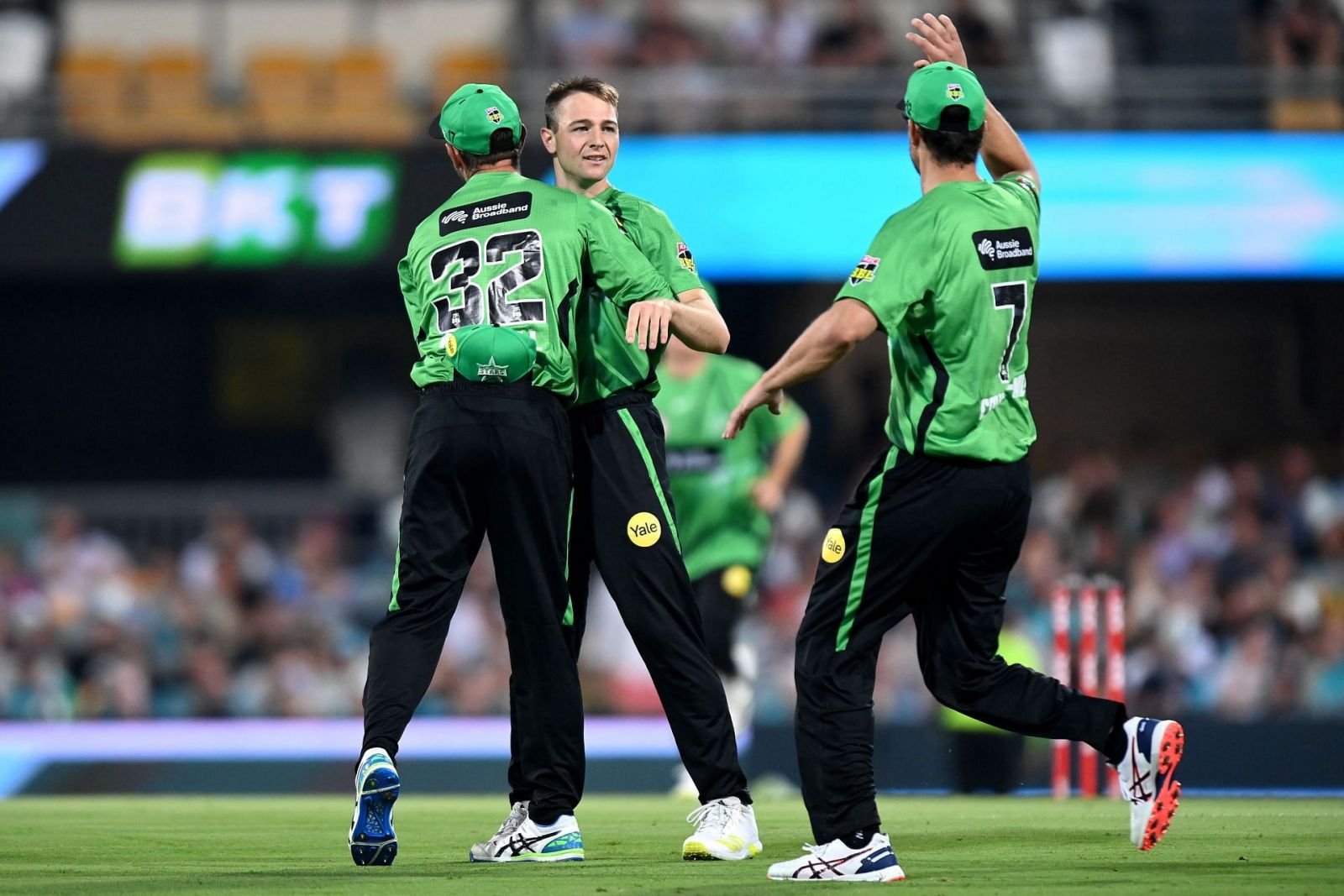 It’s been a busy week for the Melbourne Stars while the Adelaide Strikers play back-to-back matches at home as the two teams clash in an early morning BBL11 match on Saturday. The game will be played at Adelaide Oval from 10:40am AEDT to avoid a clash with the Test match later in the day.

Draftstars will once again offer some great contests for this one with a likely $15,000 guaranteed contest along with minis, micros and high rollers.

The Stars took on the Renegades in the Derby on Thursday and finally started to get their squad back to resemble a near full-strength side. They had a strong win and will be looking to keep that momentum going as they strive to hang on to fifth place.

Glenn Maxwell finally elevated himself to the top of the order and it paid dividends with a nice 68* (45). With Marcus Stoinis on the plane to Adelaide and a chance to play, a top three of Maxwell, Stoinis and Joe Clarke looks formidable.

While their batting is starting to look stronger, the Stars are still vulnerable with the ball with Nathan Coulter-Nile still on the sidelines with injury, while Harris Rauf and Qais Ahmad are both heading home to represent their respective countries in international series.

A lot will be left to Adam Zampa to shoulder the load, with support from the likes of Brody Couch, Sam Rainbird and possibly Tom O’Connell. Bowlers Syed Faridoun and Ahmad Daniyal have both been included in the squad and may also play a role in their attack here.

The Strikers caused arguably the shock of the season as they steamrolled the Scorchers on Friday morning. To be fair, the game was at about 8am Perth time, so the Scorchers were probably still half asleep, but still, the Strikers were far too good in their best effort of the season. It has opened up the possibility of finals for them, so a win over the Stars here will be vital for their chances.

Peter Siddle is leading from the front with the ball, while Henry Thornton has been a good inclusion the last few games with Daniel Worrall and Wes Agar on the sidelines. Fawad Ahmed picked up three wickets as the leading spinner in the team in the absence of Rashid Khan, while Matt Short is getting a full four overs now which is fantasy gold.

They are still working out their best batting side with Jake Weatherald slipping down to number five while Englishman Ian Cockbain slotted into number three with some red ink and may be a popular pick in this one.

To be honest, there’s not a lot to love about this contest between two average teams. It’s more a case of what I dislike least. I’m not a fan of the price, but Matt Short is the leading fantasy player in this game (didn’t think I’d ever have to write those words). Maxwell and Stoinis aren’t bowling much or at all, but Matt Short is bowling four overs and opening the batting. He’s getting wickets and scoring fast runs and seems to have the highest fantasy ceiling here.

78% of you picked big Beau last match and he rewarded you with a big fat blob. Sure, he scratched out a good score opening the batting in the previous match, but Webster came crashing back to Earth against the Renegades, and he’ll be crashing back down the order in this match. Hard to see Webster offering much value at number six or seven unless they can get a few overs out of him.

Jake Weatherald has been shuffled down from opening to number three and then to number five in the batting order to try and spark some form. So far, nothing has worked, and if there was anyone else decent in their squad, he wouldn’t even be getting a game. His price tag has yet to reflect his poor output, so happy to avoid.

Boy there’s a lot of players in the Strikers that disappoint me, and I don’t think that any have disappointed me more this season than Harry Nielsen. It’s only because I had big hopes for him in BBL11. Alex Carey was into the Test side, and Nielsen had a golden opportunity. He was guaranteed the gloves for the whole season and a spot in the top three in the order. He blew it, and he’s now languishing at six and seven in the batting order, and barely contributing from a fantasy perspective. I wanted more from you Harry!

Really hard to gauge where Marcus Stoinis is at right now. One of the most destructive players in world cricket, he’s clearly been battling with an injury and missed the last few games. Is he 100% or not? At the height of his powers, he would destroy this bowling attack and be a fantasy lock, but he’s hard to trust now, and without any overs, is he worth taking the punt? You might get him at low ownership if you do! 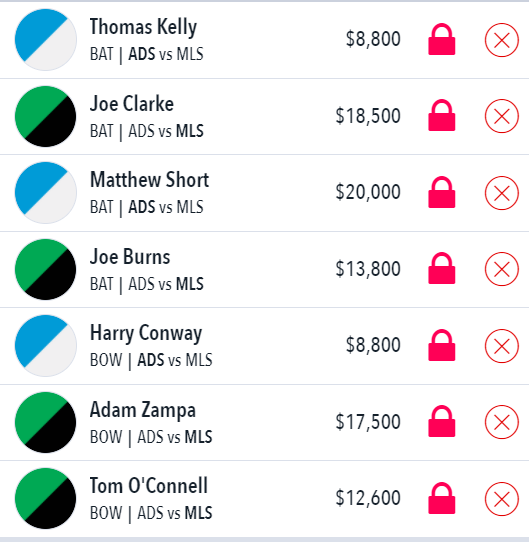