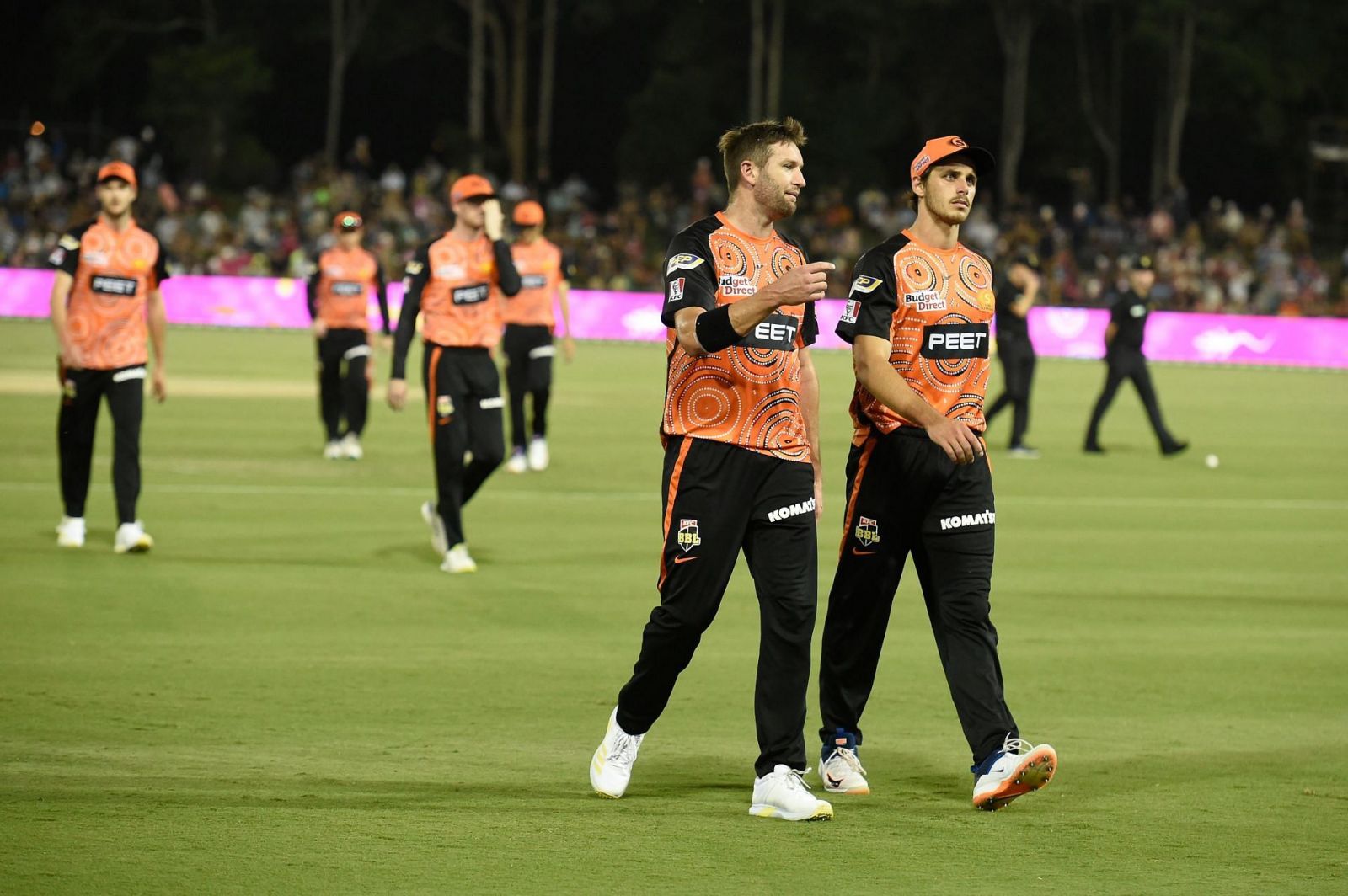 Today brings a unique BBL scheduling move, with the first of consecutive morning games at the Adelaide Oval before play starts in the day-night Ashes test. The Adelaide Strikers are playing host to the table topping Perth Scorchers, and now have a good sniff of playing finals after a big win over the Brisbane Heat, sitting in 5th spot. An upset in this game would go a long way to letting that happen. The Adelaide weather looks like giving us no interruptions.

Draftstars has put up a $15,000 contest, with top prize $1133. There are also other great contests including the High Roller, Mini, Micro and various others.

The Scorchers are $1.53 favourites, despite missing all of Mitch Marsh, Colin Munro, Cam Bancroft, Tymal Mills, Josh Inglis and Jhye Richardson. Squad news is hard to come by for this match, so one or more of them could end up making an appearance. Still, Ashton Turner and Laurie Evans in particular have stepped into the batting void, while Ashton Agar and Aaron Hardie are making valuable contributions with their all-round talents. The bowling is still strong built around Agar, Andrew Tye, Jason Behrendorff and the underrated Matthew Kelly.

The Strikers have also failed to release a squad at this stage, but we know that Rashid Khan has left for international duty immediately after a remarkable performance against the Heat. Losing the best bowler in the BBL is a big blow, but the likes of Wes Agar, Daniel Worrall, Fawad Ahmed and George Garton are all players that could come back in and help to fill the void. The bigger issue is the continuing reliance of the batting group on Matt Short at the top of the order. He’s played some match-winning innings, but other senior players like Jake Weatherald and Jonathan Wells have had less impact and can’t cover the inexperience of the rest of the group. Matt Renshaw is the only possible inclusion that could help that situation.

Unless numerous batsmen come back into the line-up, Evans should continue to get the benefit of batting up the order. He’s shown a touch of class at times this season, and this price still isn’t representative of what he can do when batting in the top 4. Of course it can always go wrong for a pure batsman, but it’s worth another shot in this case. If players come in and he slides to 5 or 6 in the order, I’ll be more interested in Ashton Turner for a bit more salary.

Kelly has averaged 46 points in the last 5 BBL seasons. Andrew Tye sits at 51, and Jason Behrendorff 42. That’s enough for me to take the discount to each of them and prefer Kelly, particularly with some good form and a strong role at the end of the innings. If the Scorchers get into the second half of the Strikers batting order, he could have a field day once again.

Short is one of the form players of the tournament, hitting them well at the top of the order and chipping in with some wickets from his basic off-spin. That said, this price is getting out of hand for me. It remains to be seen if he’ll be a popular choice on this slate, but I’m ready to fade against a strong bowling attack either way.

Hardie has picked up some extra batting responsibility with so many senior players out, but he’s barely bowled at all this season. That severely limited his upside, and even his good games have struggled to exceed 50 points. That’s not going to move the needle at this price, so it’s best to look elsewhere.

Cockbain sounds like the replacement for Rashid Khan. It’s not clear if he’ll actually be available for this game, and his T20 record suggests he’ll be a pure batsman with a similar record to Laurie Evans on the opposition. He’s also a similar age at 34. We shouldn’t expect him to set the world on fire, but at minimum price he’ll be wells north considering if batting in the top 5. If not, Henry Hunt is probably a better shout with his opening role. 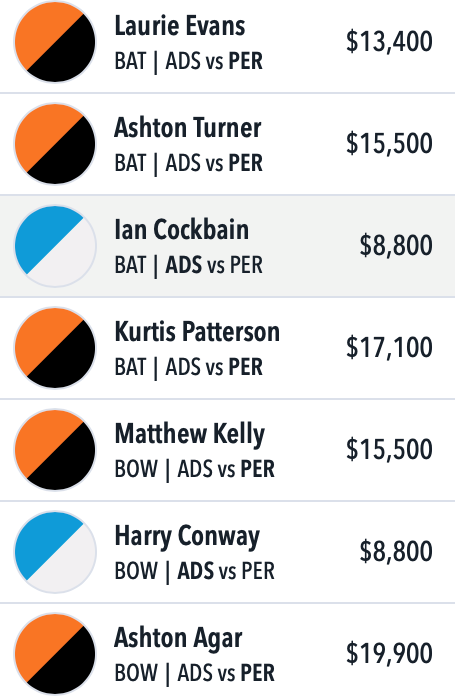