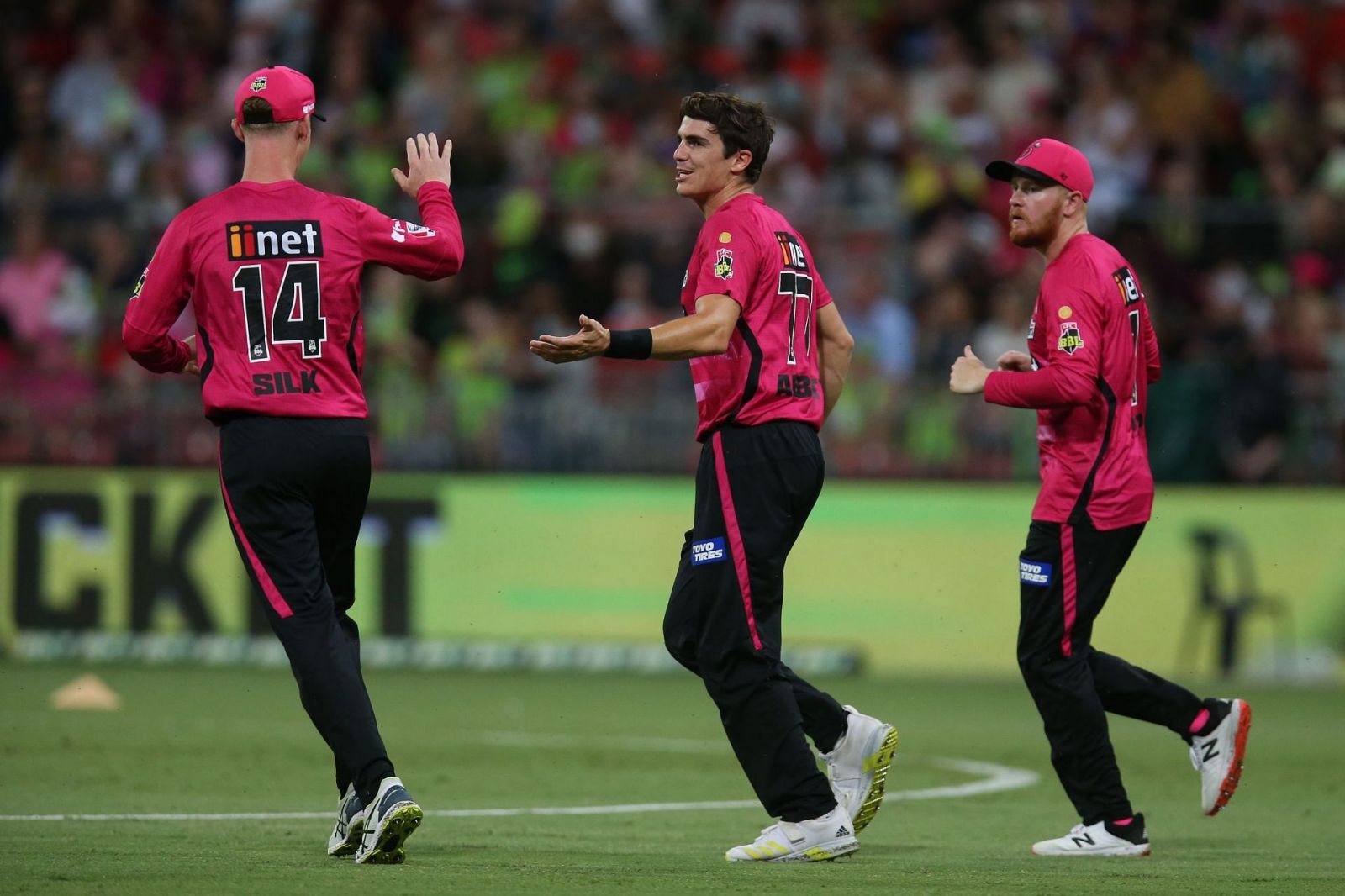 Tonight’s Sydney Smash flavoured Big Bash action might be one of the most anticipated contests of recent times...if it didn’t overlap with the test match. Nevertheless, the Sixers host cross-town rivals the Thunder at the SCG, sitting 3rd and 2nd on the table respectively.

The Thunder had a 6-game win streak broken by the Hurricanes two days ago, which had stretched from a loss to the Sixers in the first edition of the Sydney rivalry this season. Unfortunately, a dodgy weather forecast might dampen our excitement for this match a little, although it does look like it could ease as the day goes on. Let’s hope the SCG drainage holds up!

Draftstars has put up a $15,000 contest, with other great contests including the High Roller, Mini, Micro and various others available.

The Sixers are $1.80 favourites, which has more to do with their long-term form and almost full-strength line-up than it does with what has happened recently on the pitch. Still, it seems fair given they can call on all of Josh Phillipe, Moises Henriques, Dan Christian, Sean Abbott, Ben Dwarshuis & Hayden Kerr to make match defining contributions on regular occasions. Phillipe is the one that has been a little quiet of late, but he won’t stay down for long. Jackson Bird and Dan Hughes are a solid veteran presence, while Shadab Khan could still make his talent felt in his last game for the season behind heading off to the PSL.

The Thunder are increasingly looking like a genuine threat to the Sixers and Scorchers title aspirations. Alex Hales has found a seam of form and had a devastating impact on the last 3 games. Jason Sangha has been consistently good, and the bowling group of Gurinder Sandhu, Tanveer Sangha, Mohammad Hasnain, Nathan McAndrew and Daniel Sams is better than the sum of its parts. Sams has been coming in at 4 in the batting order and making best use of his big hitting abilities; a role that Ben Cutting used to play in a similar fashion. Cutting seems to have declined quite a lot this season, which has as much to do with his role as his ability. Matthew Gilkes and Oliver Davies need to keep having an impact to cover when the more experienced players fail, although neither of them can count consistency among their strengths at this point in their career.

After starting the season with 3 out of 4 scores over 100, Phillipe has failed to pass 50 in 6 straight games, scoring under 10 in 3 of his last 4. We know that is an aberration, with his 26 games in the last two seasons bringing an average of 59. A small price drop and hopeful drop off in ownership is enough for me to back his immense talent to get things back on track.

Even with some down games, the young leg spinner has gone to a new level this season, becoming a 40+ point scorer. For whatever reason his price is well down on where it has been earlier in the season, despite a nice run of form in the last 3 games. The Sixers have a solid batting line-up, but Sangha is the type of talent that I will back to hold his own in any match situation. Think more about the generous price than the challenging game environment. There are quite a lot of players in these teams with high ceilings, so it’s understandable if you’d rather invest in someone with a bit more momentum or a smaller price tag, but this feels like a GPP winning play.

Sandhu is pulling his weight quite nicely this season, especially in his latest run of 4 straight games with 50+ scores, totalling 10 wickets. My issue is that historically he hasn’t been the sort of player that can maintain this type of scoring, hovering around the 30-point mark. With the price tag creeping up, I’m happy to fade and trust that he reverts to a more normal level of scoring in the next few games.

At this price we’re looking for 50+ points, which has happened in 4/12 innings this season. The opportunity is in his favour while opening that betting, and it’s clear that he has enough talent to succeed on any given night. My issue is that I can’t help but picture the likes of Abbott and Dwarshuis banging it into the pitch and forcing him to play a risky shot during the powerplay. It’s not a full fade, but I’d rather wait for an easier matchup to invest heavily in Gilkes again.

The young gun has been making more waves on the microphone than with the bat in recent games, showing off a sparkling personality when joining in the commentary but failing to follow through in most of his innings. That’s perfectly normal for an aggressive young talent, and his ability is still such that he can pay off this minimal price tag without doing too much. Scoring as quickly as he does, he may only need to survive for about 15 balls to be good value, although that is something he has failed to do in all 5 innings this season. Ben Cutting is another Thunder player that can easily pay off his price if he gets enough time at the crease or a couple of overs with the ball, but neither has been happening lately and it would be brave to bet on that changing. 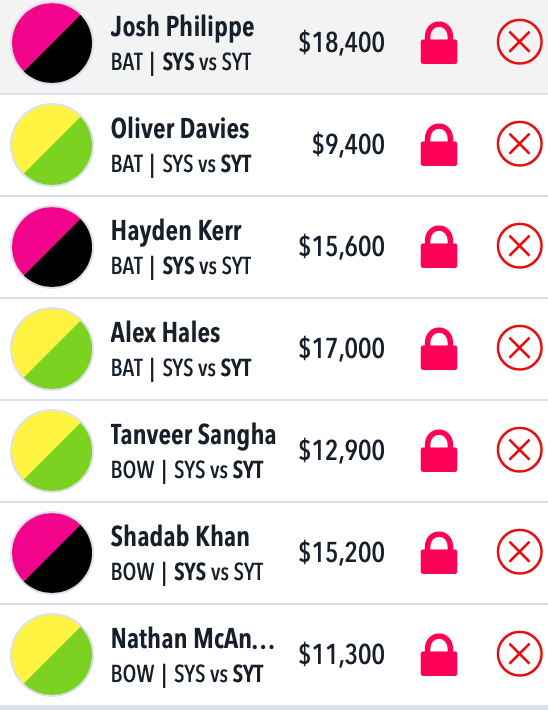