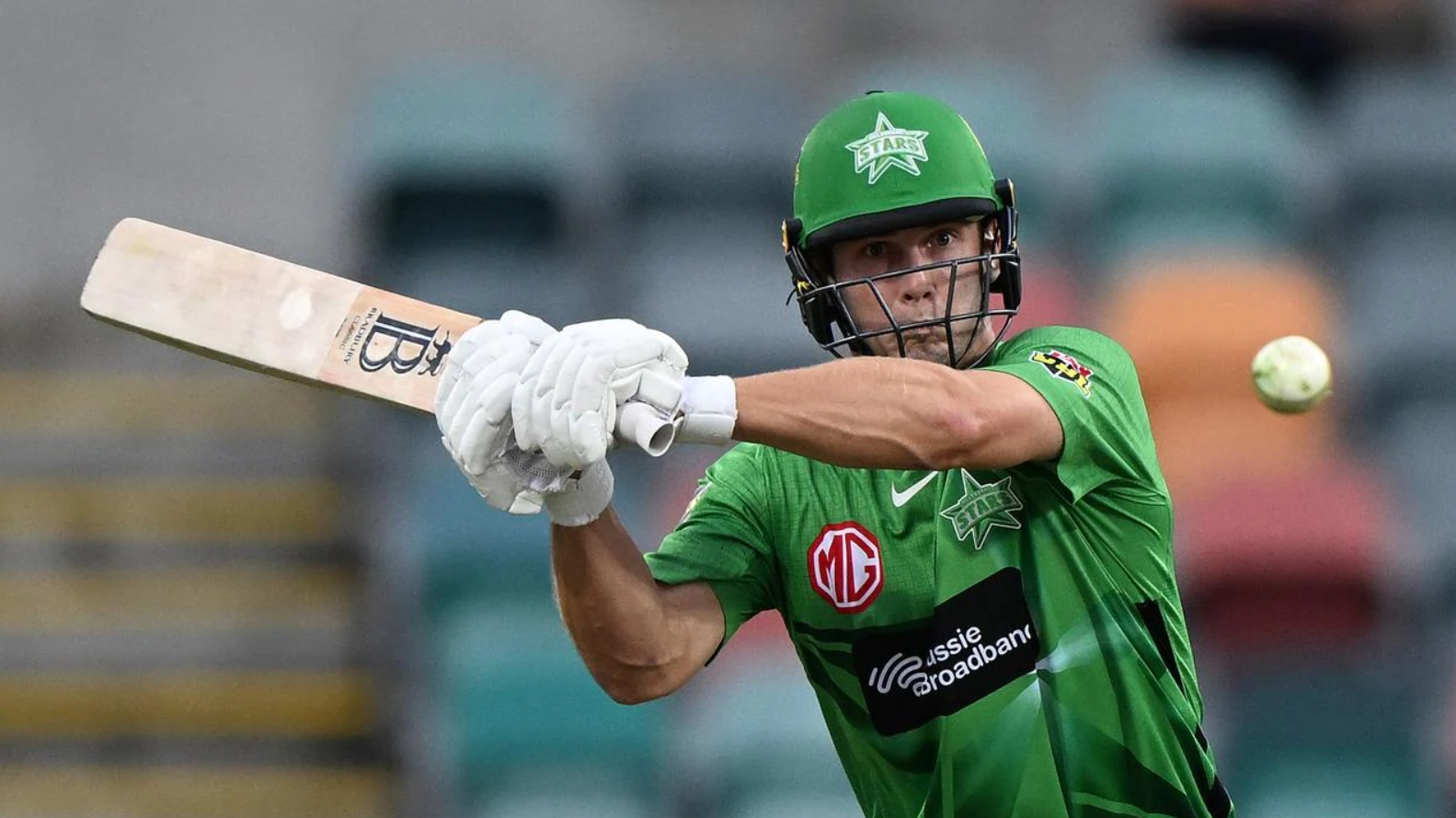 The second last Big Bash game of 2021 comes to us from Marvel Stadium, with another ‘home’ game on the road for the Perth Scorchers. The 6-1 competition leaders finally got their first loss against the Thunder a couple of nights ago, and will look to bounce back against the 3-3 Melbourne Stars. Weather won’t be an issue with the roof at Marvel.

Draftstars has put up a $25,000 contest, with top prize $2,480. There are also other great contests including the High Roller, Mini, Micro and various others.

The Scorchers are $1.62 favourites, and we can’t read much into the loss against the Thunder other than the failure of any of the top 3 to put a significant innings together. Patterson and Marsh have obviously been good, but the team needs Josh Inglis in particular to start having his usual impact if they wish to take some of the pressure off the rest of the order. No matter how you look at it, it’s a strong team with some decent depth options not getting a game at the moment. Tymal Mills should be back for this game after being rested. Matthew Kelly is probably the one to be squeezed out.

The Stars continue to yoyo, losing comfortably to the Hurricanes and then beating the Heat in a high-scoring match coming into this one. Marcus Stoinis looks like he still has it in party mode after the World Cup, doing nothing so far. Glenn Maxwell has only been marginally better, and Joe Clarke is in doubt with a hamstring injury. The bowling looks strong enough with Zampa & Coulter-Nile as spearheads backed up by Ahmed and Couch very capably. The addition of Pakistani quick Haris Rauf will bring that extra quick which may mean some job security concerns for Couch. Cartwright and Clarke were the match winners in the previous game and have probably been the most valuable bats for the team so far. 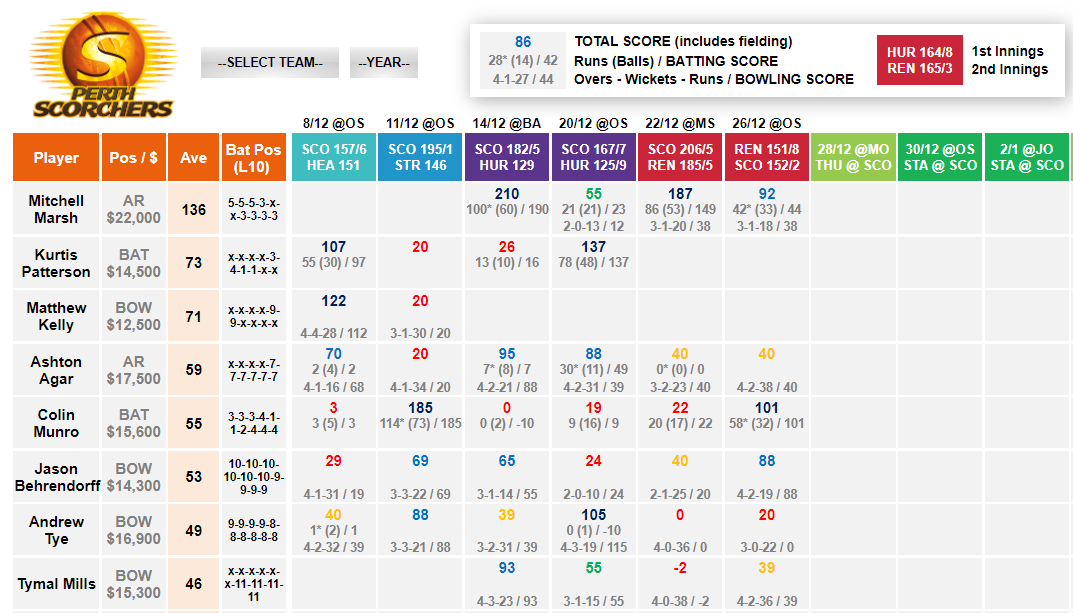 It’s going to be a big battle at the start of the innings to see if the Scorchers can limit the impact of Stoinis and Clarke. While Clarke has been good in the last couple, I think that Behrendorff can get the advantage early and put up a good score at what continues to be a generous discount to some of his teammates (Tye, Agar).

On a pitch that has played rather well this season compared to past editions, I have to keep trying to catch a good performance from Inglis. Having averaged 45 last season, he’s going at just 16 through 5 games this year and has to have some big scores coming up. At this point he’s too cheap and it feels like we just have to keep blindly believing so we don’t miss the big turnaround.

Burns caught some ownership in the last game, with his price way down and a position in the top order presenting as an attractive investment. With an average of just 22 in his last 24 BBL games, I think there is a reason Burns is cheap and he’s not someone I want to touch at high ownership. Could easily be another victim of the Behrendorff/Mills/Agar storm at the start of the innings.

Zampa is obviously a household name these days, and as such we expect him to dominate at this level. The numbers tell a different story, as while he’s been very good, we can expect more output from the likes of Coulter-Nile, Behrendorff, Mills, Tye and Agar on a historical basis. Even Brody Couch has been comparable so far. Zampa is good and is certainly capable of producing a slate winning score, but I think there are several better investments.

When a player is priced up as aggressively as Marsh has been, we have to start asking serious questions. His World Cup heroics followed by 3 big scores in his first 4 BBL games this season had the hysteria at an all-time high, but being kept quiet in the team’s first loss is an indication of how easy it is for chalk to bust in cricket DFS. Historically Agar, Tye and Coulter-Nile all score similarly to Marsh, but it is certainly true that his form and role are at an even higher level than he’s ever reached before. He’s certainly the best player on the slate, but is it worth spending so much of our salary when there are viable alternatives? It’s a big call, but I prefer to fade him. 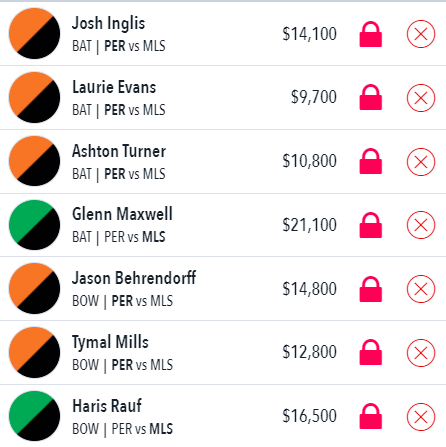