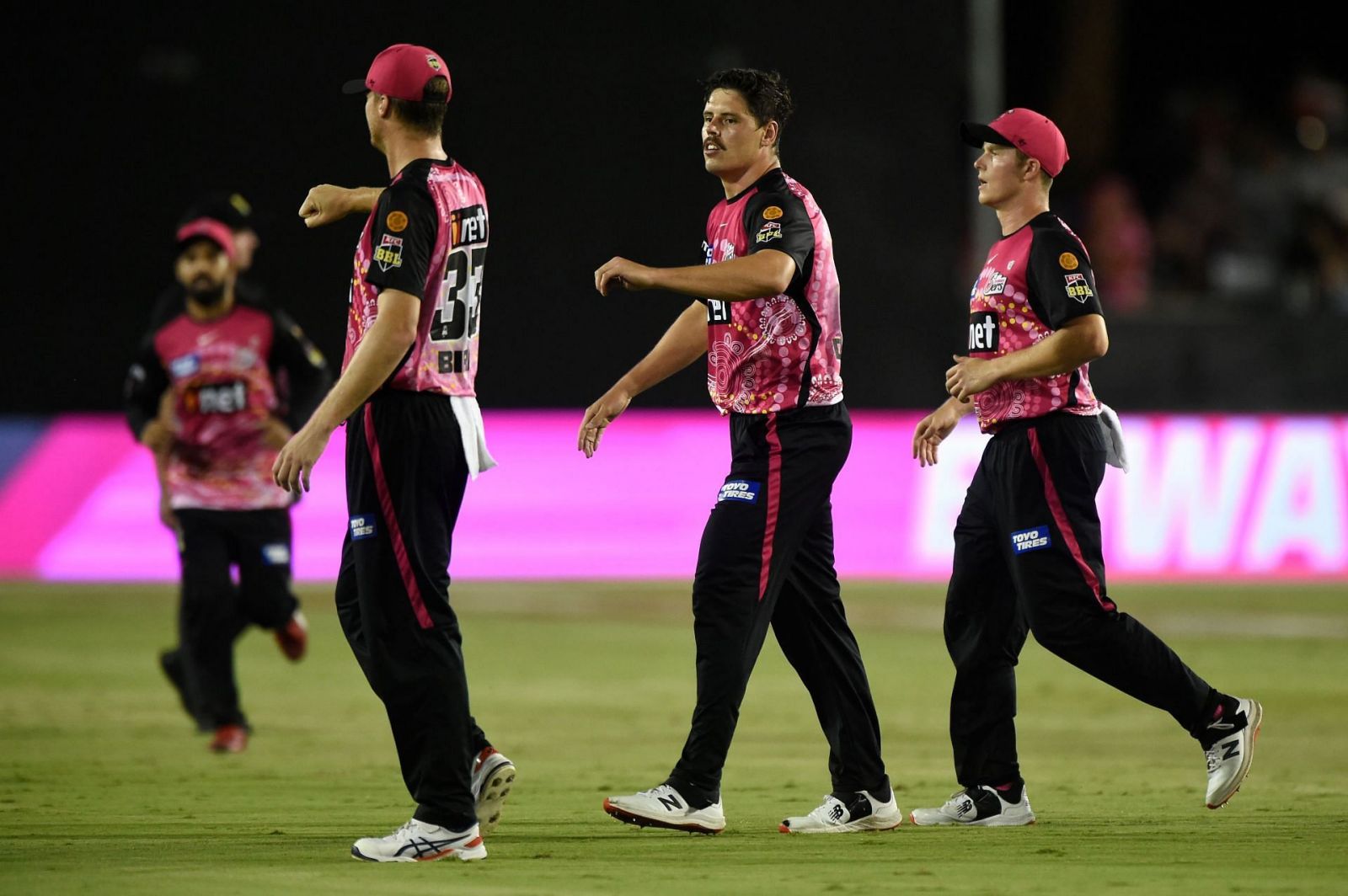 With the BBL season managing to roll on despite big interruptions, we are rapidly approaching the pointy end of the season. The second leg of our Tuesday double header features the Renegades hosting the Sixers in Geelong. The Sixers are cruising at 6-3, but have lost two in a row to the Scorchers and will be looking to regain momentum running into the finals. The Renegades are 3-6 and need to get a couple more wins to have a chance to nab 5th spot on the ladder. The Geelong weather should play along and give us a full game after these teams were washed out in Coffs Harbour.

Draftstars has put up a $25,000 contest, with a top prize of $2480. There are also other great contests including the High Roller, Mini, Micro and various others.

The Sixers are $1.57 favourites, which is fair, but they will still be feeling the need to get their season back on track. They could be close to full strength with Abbott and Henriques named in the squad after not playing last game, but it’s unclear if either will actually be ready to play. Youngster Jack Edwards and international Shadab Khan are the two players that are yet to make much of a contribution and could go a long way to putting the cherry on top of a high level of play from the rest of the team.

The Renegades were no match for the Thunder, and still have a soft underbelly thanks to an inconsistent collection of household names in the top order. Boyce being available would help strengthen the bowling a little, but the likes of Sutherland, Khan and Evans are also in the inconsistent basket. With Nabi and Pattinson now gone for the season, it looks like this group will get another handful of games experience to help the young bowlers and Harvey/McGurk continue to develop.

These may not be his conditions, but Khan is too good of a performer for Pakistan to not have an impact in the BBL. Ashton Turner got hold of him the other night, but he might have more luck against the Renegades. His price hasn’t really moved at all, but we might at least get ownership discount because he’s been a bit of a letdown so far.

Kerr has just kept churning out good scores this season, and at some point we have to stop expecting him to go back to his old level. At 25 years old, it’s clear that his breakout is legit, and his role in this side is secure regardless of who is available. That role is again likely to include a collection of valuable overs, and the chance of a pinch-hitting innings if the Renegades can manage to get deep enough into the Sixers batting order. The price is getting a little steep, but that should only help to keep others away.

I’ll keep banging on about this, but a couple of ageing stars with not much to play for is not exactly the recipe for success in the BBL. Both of them can pull a good innings out at any time, but it’s more likely that we get a failure or a middling score which won’t move the needle much at these inflated prices.

Another slightly overpriced Renegade, Khan has impressed a few times this season, but on the whole has still “failed” in well over 50% of his games. With the Sixers sporting a strong batting group (If Henriques plays), I’m not expecting life to get any easier for him tonight.

Boyce has been a class above at times in the past, but we’ve barely seen him play in the BBL for a couple of seasons due to international duty and/or injury and illness. The price seems about right for his usual output, but can we expect him to be at that level straight away after a long layoff? I’ll lean towards that answer being no, especially against one of the best teams in the competition. If he does come out with his best stuff, he’s the sort of player that can grab 3 wickets in an economical spell despite his team losing comfortably. Worth considering. 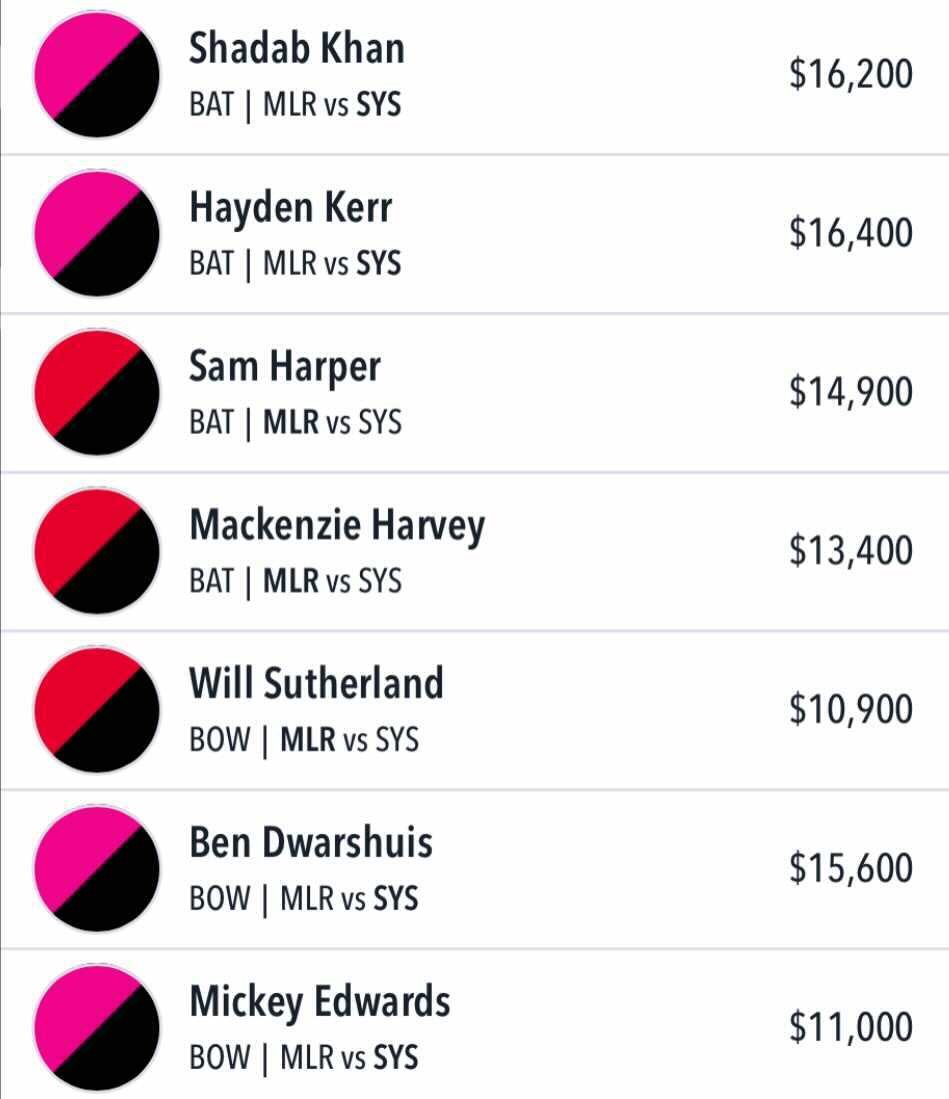