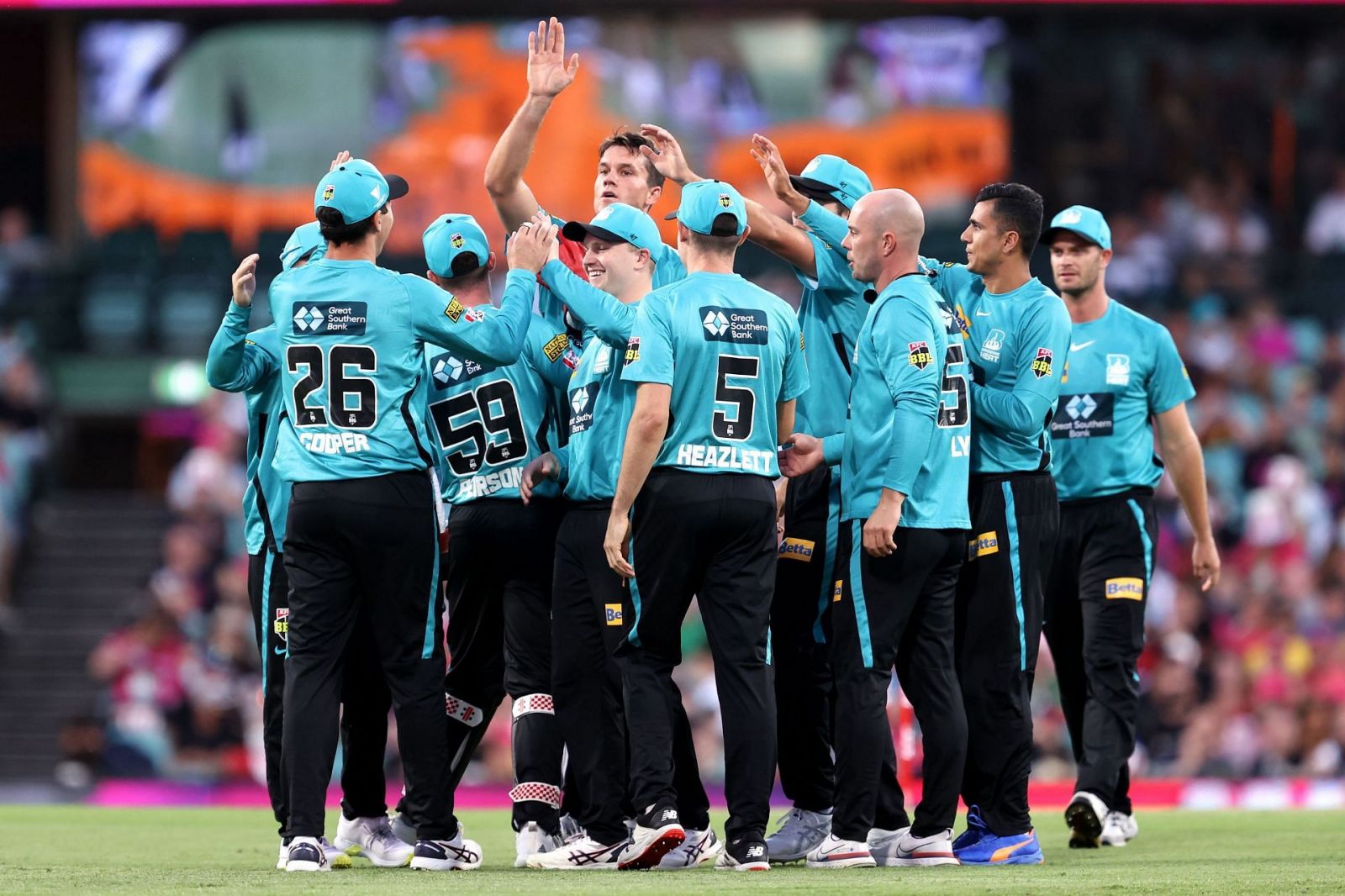 Just the one BBL match on the agenda for today, as the Brisbane Heat take on the Adelaide Strikers at The Gabba. Play is set to get underway at 07:15pm AEDT, in what is shaping to be an important fixture for both teams as we edge towards to business end of the season.

Draftstars have a wide array of competitions on offer this evening, highlighted by a  $25,000+ contest, along with a supporting range of high roller, micro and mini contests.

The Brisbane Heat are clinging onto 5th place in the standings, with a record of 3 wins and 7 losses. The Heat have welcomed back nine players eligible for selection this evening, all clearing Covid protocols. Xavier Bartlett, Max Bryant, Ben Duckett, Liam Guthrie, Matt Kuhnemann, Chris Lynn, Nathan McSweeney, Mark Steketee and Jack Wildermuth are all in the preliminary 18-squad, with a couple of those player in particular sorely missed over the last two games. In their absence, the Heat had some serviceable individual performances from the likes of David Grant, Lachlan Pfeffer and Jake Lehmann, however this is likely to be a significantly stronger team overall this evening.

The Bash Boost Points have largely kept the Adelaide Strikers in the hunt this season. They own a 2-8 record however only trail the 5th place Heat by 2 points. We last saw the Strikers fall to the Melbourne Stars in the final over, despite the best efforts of Jonathan Wells with the bat (68 off 56). Poor starts with the bat have plagued the Strikers this season, with the cumulative pressure of lost wickets and slow early run rates heaping the pressure on the middle order. With the ball, captain Peter Siddle has managed to find some more consistency in his level over the last three games, taking 10 wickets, and the Strikers will need another strong performance from the captain to be in with a chance this evening.

After an indifferent start to the season, Mujeeb has found comfort in the conditions over the his five outings. Whilst he was disappointing last time out against the Hurricanes (although who wasn’t, with only two wickets taken in a low run chase), I am expecting a bounce back of sorts here with an economical performance.

Didn’t see a lot of action in his first appearance against the Renegades, however kept the Heat competitive in their recent outing with the Hurricanes (21 off 7, 2/37). Given his salary, looks to be a good option to save some money to boost the average salary of the rest of your team. Prestwidge is not a certain starter in the 11, so be sure to check for team announcements closer to match start.

Hasn’t fired a shot in either of his performances this season, with a second ball duck against the Stars. If he is in their team, he is unlikely to be in mine.

Struggled to get going from the outset this tournament, with only one fantasy score over 35 for the tournament. Found wanting last time out against the Heat, bowled by Steketee after the Strikers had already lost Short cheaply. Lack of runs from the whole top order has built pressure on the openers, and he doesn’t appear worth the salary here over the larger sample size.

Back into the team having missed the last two games. The inconsistency in his level across the course of the season can be off-putting, however the Strikers had no answer for Duckett a couple of weeks ago, with his 78 off 47 balls setting them on the path for victory. Feast or famine scores make it tough to include with confidence. The same could be said for Chris Lynn ($20,300) based on form this season. 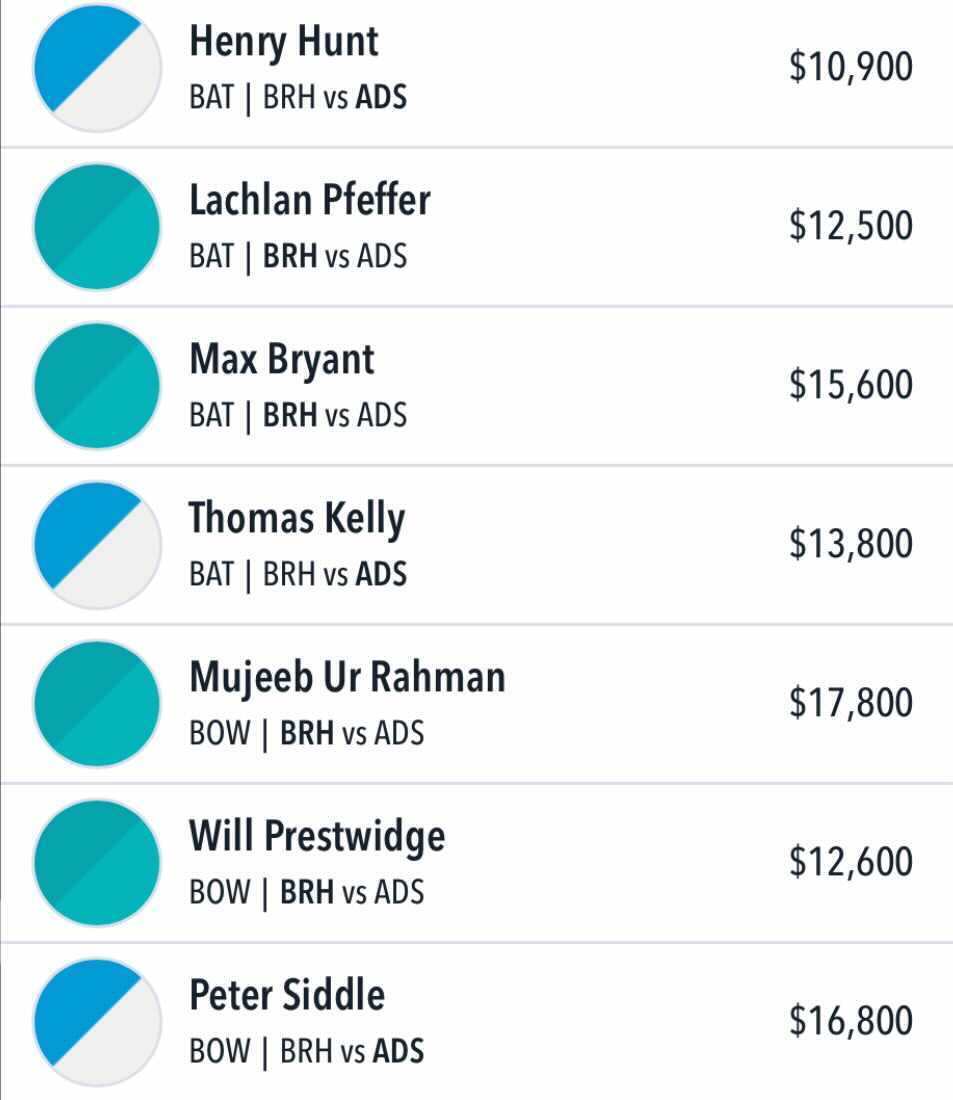