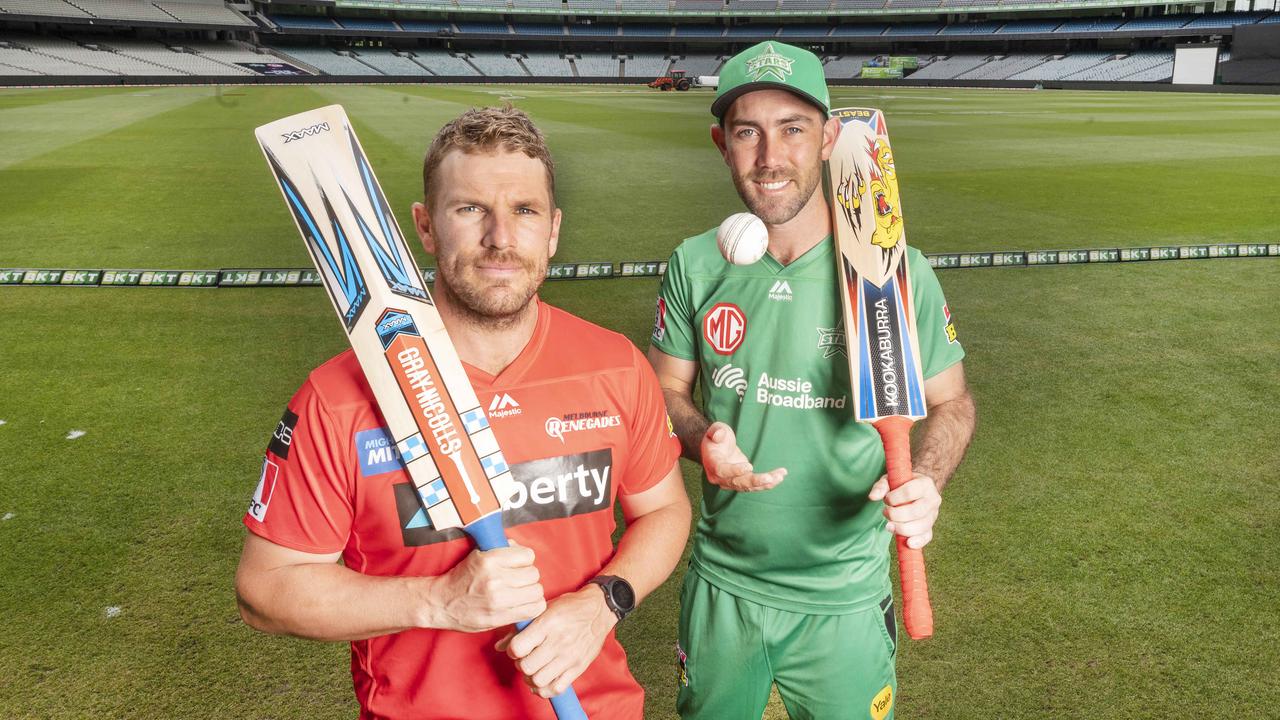 The Melbourne Derby is the latest Big Bash match for Sunday evening where the Stars (4-5-1 20 points) will be hosting cross town rivals the Renegades (2-8 9 points) at the MCG. Match 42 will be pivotal for the Stars who were last start winners at home and now get to face a Renegades team that are shot to pieces on confidence. The scheduled start to this match is at 1915 AEDT.

Looks like a grey old day in Melbourne with cool and cloudy conditions with very little chance of rain. The same surface will be used from Friday night which the Stars were able to compile a very good total. The Strikers were never in the run chase and goes to show that you need a very good ‘down the ground’ game at the G. The Stars are huge favourites for the match where only a $1.50 is available for the win.

Draftstars has put up a $20,000 slate featuring a top prize of $2,184. There is just enough value around to make things interesting, but we’ll it need with several big guns in form and costing a big chunk of salary.

Andre Fletcher finally got going on Friday night with a big innings of 89no off 49 balls and was well complemented with Glenn Maxwell who scored 37 off 28. But the star from Friday was Adam Zampa whose 5 for 17 was fantasy gold. Even with a crook shoulder he was able to clean up the Strikers tail. Now since that game, news from the Stars camp is that Haris Rauf has left Australia to join up with the Pakistan Test squad. Adam Zampa should be good to go after a shoulder complaint. Even with the addition of Ed Newman, the Stars squad is thinning out with only 15 available for selection. Haris Rauf should be replaced by Sam Rainbird who was an X-factor on Friday night which I see is the only change here.

For the Renegades, there was promise after defeating the Strikers in Adelaide last week, but with the Heat game relocated to Canberra, once again they chalked up another loss. Aaron Finch moved down the order in Canberra which really didn’t work and he came out and said that the order will go back to normal for this match. The Renegades may play both international spinners along with Peter Hatzoglou on this surface on again. 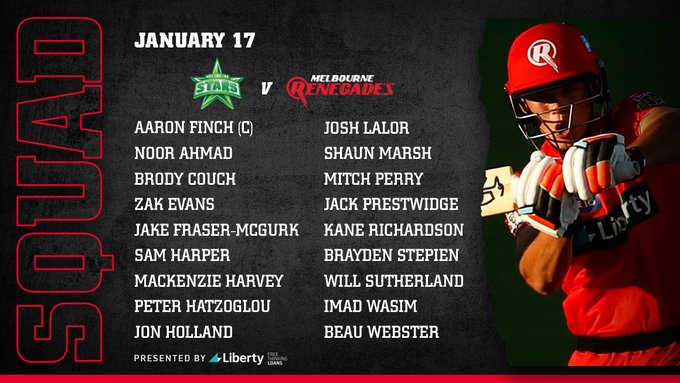 Expect some pretty heavy Stars lineups with Zampa, Maxwell and Stoinis sprinkled throughout the contest. It is very hard to trust Renegade pieces outside of the likes of experienced pair of Shaun Marsh and Kane Richardson. However if the Renegades continue with their spin attack, we could see one of Noor, Imad or Hatzoglou popping for a ceiling score.

Can I repeat what I wrote from Friday? I mentioned that Zampa loves this ground and taking 5 wickets in the last match takes his tally to 17 wickets from 6 matches at the MCG. He will be the most chalky play on the slate so if you are prepared to go away from the easiest matchup of the tournament then go right ahead. Because he is first in.

This young talented batsmen is certainly taking his opportunities for the Renegades in the middle order. Batting at 5 against the Heat, JFM compiled a very good 40 off 33 balls which he just missed the economy bonus. Still dirt cheap at $9,900 it means we can punt on a player who is in form and likely to get bat as such as the misfiring Gades top order.

A little bit unfair to put Prestwidge in the fade category but if the Renegades do continue with the spin offensive then the Stars we look to go after pace. Kane Richardson is an excellent T20 bowler so that leaves Prestwidge as the target. 5 wickets from his 4 games so far is nothing to sneeze about and his batting has been handy. Just believe the likes of Fletcher, Stoinis and Maxwell will go after him.

Pretty risky taking on Ahmed after not achieving a wicket nor economy bonus in his last three matches. The Stars will see this and look to attack Noor at every opportunity and I prefer other bowlers in this spot.

If the “Spiceman” can get going at the MCG maybe it's time for Aaron Finch to compile a big one. With Haris Rauf missing and really only Adam Zampa as an attacking weapon, surely Finch can get in and bat for the majority of the innings. That game log is pretty awful reading but I am expecting many will give Finch one more chance.