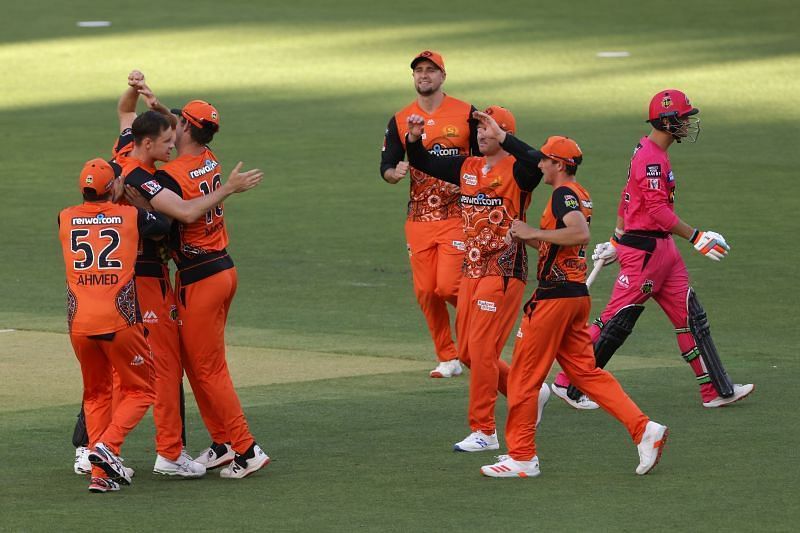 This should be a good one! Sydney Sixers v Perth Scorchers at Manuka Oval, currently first and third on the table, and both carrying plenty of momentum. It also helps that there is a lot of history between these teams from their early days of dominance in the BBL. We won’t see a Lee v Marsh battle tonight, but Tye v Phillipe or SOK v Roy is still pretty good. The weather looks set to play along with nothing but sunshine in the nation’s capital. A reminder that this game will start a bit earlier tonight at 1840 AEDT.

Draftstars has put up a $20,000 slate featuring a top prize of $2,184. There is just enough value around to make things interesting, but we’ll it need with several big guns in form and costing a big chunk of salary.

Neither team looks likely to make many changes, apart from a forced change for the Scorchers with Mitch Marsh out injured. Colin Munro should make his way back into the team, and perhaps Ashton Turner moves up a spot to #5. If Jason Roy and Liam Livingstone can continue on from their onslaught at Optus Stadium a few days ago, then this team will be formidable with it’s incredibly strong bowling group and handy middle order. Scorchers come in as slight favourites at $1.85 as a result of this extremely well-balanced line-up.

The Sixers are at $1.95, and you can notice a couple of cracks in their team if you look hard enough. Firstly, the opening slot in support of Josh Phillipe hasn’t been great, with Justin Avendano in for Jack Edwards and looking to nail down a spot. James Vince hasn’t done a great deal this season either, which leaves a big reliance on Phillipe to set the innings up. Jake Ball is another Englishmen yet to get going, he’s been expensive with the ball and doesn’t seem to have gained much trust at this point. Otherwise the team is a good experienced unit and certainly a force to be reckoned with. It’s possible the Ben Manenti or Llyod Pope come into the team for Ball if they think spin will be important in the game.

Manuka continues to be a ground where everyone has an opportunity. There has been plenty of runs there this season, but the spinners in particular can still get into the game. Kuhnemann and Hatzoglou were the latest examples of slow bowlers performing above their usual standards at Manuka in the most recent outing two days ago.

Inglis is a very good young batsman, and I expect that he’ll get a little lost on this slate with many popular options above him, and some extreme value down the bottom in Ashton Turner, Jordan Silk etc. All it takes for this play to work out is for one or both of Roy and Livingstone to fail early, leaving Inglis plenty of opportunity to build an innings.

I like spin at Manuka, and I like Fawad’s chances of having a night out here. He’s only had one really big game this year, and his price is now on the lower end of the scale. Again with cheaper players below him and the likes of Jhye Richardson and Dan Christian likely to popular up the top, I’m hoping to get a low-owned gem here.

Likely to come back from a quad strain, coupled with 3 straight good scores, is enough for me to give him a miss in this one. He’s typically an inconsistent player, so I don’t want to chase those good recent performances.

If he maintains his spot, Ball might be a popular selection just because he’s the cheapest bowling option on the slate (probably). He hasn’t looked too impressive so far, and would need to take multiple wickets to hurt you if you don’t own him. I’ll give it a miss and look for a more balanced line-up build instead.

The big man is the definition of entertaining, but he often struggles for opportunity. Batting at 7 has limited his chances while the Sixers have been successful this season, and he’s often gotten less than his full quota of 4 overs at the bowling crease. As a result we’ve only seen one massive score, and several really poor ones. Could he get a longer bat tonight if the Scorchers bowlers get on top of the Sixers top order? Maybe a couple of fortunate wickets thrown in as well? I can’t be confident in this play, but I definitely can’t rule him out either.