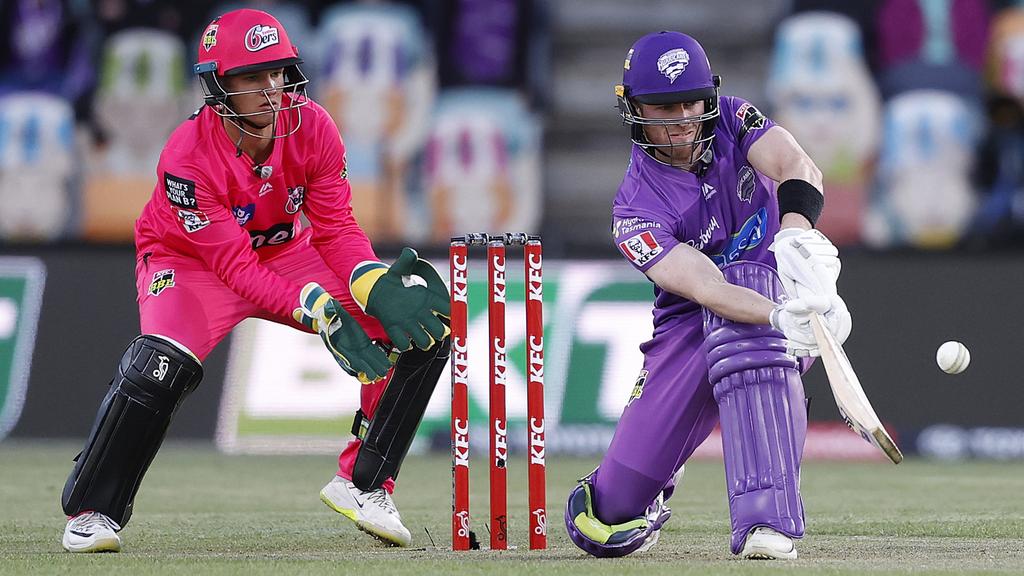 A whirlwind of weekend double header BBL cricket comes to an end on Sunday evening when the Sydney Sixers (8-4 32 points) “host” the Hobart Hurricanes (6-6 23 points) at the MCG. As with all matches at this point of the season, the Sixers will be looking to get back on top of the ladder while the Hurricanes want to get back into finals contention. Sunday night's match is scheduled to get underway at 1915 AEDT.

Draftstars has put up a nice $20,000 contest with $2,184 to first. Look out for the mini, micro and stakes contests that are available in the lobby!

Melbourne on Sunday is forecasted to be hot and sunny which should abate by the time the match gets underway. The markets have the Sixers as strong favourites at $1.75 to win this match.

Both teams are coming off last start losses with the Hurricanes net run rate now an issue (-0.202). Hobart do face the Renegades in the last match of the tournament but ideally they want to come away with at least 3 points from this match. Sydney however, relinquished the top spot to a fast finishing Scorchers outfit and will be looking to finish the tournament play strong going into the finals. This will be the first time both teams have played at the MCG all season. The last time the Hurricanes played at the MCG was back in BBL08 where D’Arcy Short made 96 in a total of 185. The Sixers made 142 in BBL09 and rolled the Stars for 99, so both teams would like their chances here.

The Hurricanes have named an unchanged squad from their loss to the Scorchers. They couldn’t find a spot for Tim Paine in the starting XI and in such important match, I wouldn’t be surprised if he doesn’t make the cut. The inclusion of Matthew Wade does make them a little top heavy, but having Will Jacks coming in at 7 is a bit of a luxury. I expect the same side barring injury to be selected at the Bat Flip.

For the Sixers, all 19 players on the list are available to play outside of Nathan Lyon and Mitch Starc who are not with the team. Sean Abbott did not play in the loss to the Thunder in Adelaide but coach Greg Shippard has indicated that Abbott will play on Sunday. Expect Jackson Bird to be the unlucky one to miss out, which should be the only change for the team in Magenta.

As we have seen from the previous recent matches at the MCG, the ground is very big square of the wicket and short down the ground. The run totals have trended up slightly with the Stars and Scorchers both passing 170 last night. For these two teams that have not experienced the surface in quite a while, expect the totals to be more around the 150 mark. The Draftstars salaries have cooled off on both teams as the value has evaporated. However D’Arcy Short still sits at the top of the tree at over $21K. If you are fading Short then you can get to many in the 15-17K range and build a nice well rounded side.

Suffocating spin against a Hurricanes side desperate for a win. It could go either way for O’Keefe but he is not silly enough to pitch it full for the likes of Wade and Short to go down the ground. I am looking for an economy bonus here and if we get multiple wickets then he is essential as he will be in the winning lineup.

We saw Christian’s salary hover around the 19-20K mark for the past couple of contests but after a 36FP against the Sixers has seen his salary come down. Apart from one failure in the tournament, Christian is a safe player to access fantasy points through all three facets of the game. Batting, bowling and fielding. If you are not playing Short then you are likely to play Christian.

First up after not much “bowling” for Abbott is one I am looking to avoid first up. We saw Abbott on the field quite a bit in the Test series but quite simply hasn’t played any cricket in 6 weeks. Even their coach indicated that Abbott needed “to get some white ball skilled bowling under his belt before he’s out in that environment”. At $17K, it's a pretty steep salary for a quick.

Handscomb hit his highest fantasy performance against the Scorchers last time out which was only 47. Just so hard to trust when he has been averaging 23 fantasy points throughout the tournament. This Hurricanes batting setup is too strong for Handscomb to play an aggressive role. Another one I am looking to leave alone.

The only player with extensive MCG experience, Sandeep overall has played 7 matches at the ground for 10 wickets at an economy of 6.33. Could he replicate that for the Hurricanes in a big match? Just the 4 wickets so far for the Hurricanes but at that $12k price tag it could be worth a shot on this surface.