AFL Fantasy Bets for Round 7 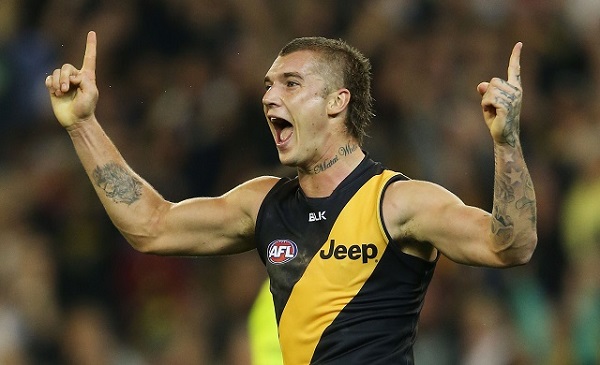 We retrospectively hit on 3 out of 5 tips last week in our AFL Fantasy tips as Tom Rockliff topped his points group while as predicted, the popular Dogs players in Marcus Bontempelli, Luke Dalhaus and Jack Macrae as well as Nat Fyfe all underperformed on the week.

We’ll be looking to back it up with another solid week as Round 7 of the AFL kicks off Friday night with a big clash between the Saints and Giants at Etihad Stadium. See our best AFL Fantasy Bets for Round 7 below.

Fantasy markets can be found at all the major betting agencies including Ladbrokes, Sportsbet and CrownBet!

Rockliff got the job done for us last week and we think he can back it up again on Sunday when the Lions face the Swans. Sydney are currently the easiest team in the league to score against, giving up a whopping 1750 points per game. There’s also the added benefit of his midfield running mate Dayne Beams beng out with injury, meaning more points on offer for Rocky. The fantasy markets haven’t been released for Sunday’s game but you can bet Rockliff will be a good chance to top whatever fantasy group they throw at him.

The Collingwood superstar had a very quiet game last weekend as the Pies secured a massive win over Geelong. It’s unlike him to have two bad games in a row and the stats suggest that he shouldn’t here. Carlton are one of the easiest teams in the league to score on at the moment, having given up the most 100+ scores over their last three weeks. Treloar will probably get tagged by Ed Curnow this week but we’ve seen him shake tags before and we’ve also seen Carlton attack Scott Pendlebury more aggressively in the past. Back Treloar to bounce back here.

Dusty is helped by the fantasy scoring system in that his at times poor efficiency doesn’t count towards his score. This week he comes up against the Bulldogs, who, while having a great midfield, really lack someone with the size and power to match up with Martin in the middle. His last two games against the Dogs have both rendered scores over 100 and Etihad Stadium is always a scorers delight with perfect conditions.

Had a monster last week but probably will find life a bit tougher against the bigger bodied midfield of GWS. The Giants have proved to be the toughest team to score against all season and haven’t conceded a score over 120 in their last three games. With a lot of high ball winners at the GWS I’d be staying away from Jack this round.

We saw how effective the Levi Greenwood tag could be when he shut down Joel Selwood in a big win against the Cats last week. Greenwood will likely get the job on Marc Murphy this weekend, who already isn’t in great form with scores of just 97 and 100 in his last two weeks. The Pies midfield are a tough unit so I’d be avoiding Murphy here.