AFL Fantasy Bets for Round 6 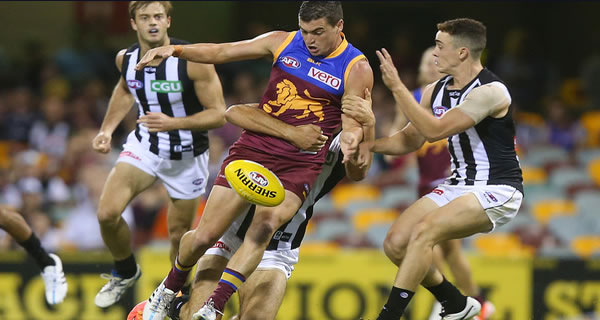 Here at Daily Fantasy Rankings, we are obviously big fans of Daily Fantasy Sports and Fantasy tournament betting. However, we aren’t opposed to betting with the standard Australian sportsbooks as well, and with the introduction of AFL Player exotics, we can take some of our knowledge from DFS and apply it to Fantasy sports betting markets.

Starting this week for AFL Round 6, we’ll be giving you a weekly edition of our best bets for AFL Fantasy markets with Australian sportsbooks such as Sportsbet, Ladbrokes, and CrownBet. Enjoy!

Arguably the most consistent scorer in the fantasy points format, Tom Rockliff is an absolute ball magnet and it helps that the point system doesn’t cater for his, at times, butchering of the ball. Port Adelaide may seem like a tough opponent, however, Patrick Cripps managed an impressive 121 points in a 90-point loss last weekend against the Power, and on the back of a 124 and a 157, we expect Rocky to have a big one here. His last 4 games at the GABBA have produced scores of 157, 123, 123 and a ridiculous 174, so we recommend that you get on him in any market you can.

One of the most amazing stories of 2016 was the meteoric rise of Zach Merrett. An absolute stat-stuffer, many thought that Merrett’s scores would drop away this year with the Essendon players returning from suspension. However, Merrett has gone from strength to strength with a 134 and 137 in his last two games. He averaged a whopping 119 in 9 games at Etihad last year and an impressive 136 against the Demons when they met in 2016. The kid can’t be stopped.

Treloar’s performance on ANZAC Day was unlucky not to win him the medal in a losing side. The midfielder went for 144 in the loss against the Bombers and plays Geelong this week, who, while scoring a lot of points themselves, also allow a lot. He’s only scored under 120 once this year and has a monster 124 average, the 7th best in the league. Should have another big game here.

Friday night sees the Dogs travel to Canberra to take on the Giants in a rematch of the epic preliminary final last year. After a disappointing loss to Adelaide in Round 1, GWS have been on a warpath ever since, decimating everyone in their path. In that time, they’ve allowed the fewest amount of 100+ fantasy scores and with many popular fantasy players at the Western Bulldogs in Jack Macrae, Marcus Bontempelli and Luke Dalhaus, you might want to think twice about taking any of these guys in your bets/DFS teams.

The 2015 Brownlow medallist has had a slowish start to the 2017 season and will this week, get a tough matchup in the West Australian Derby against West Coast. With just 87 and 95 in his last two games, it’s tough to make a case for Fyfe overcoming the likes of Lachie Neal, Matt Priddis and Sam Mitchell here.

For more great Fantasy betting tips, check out the weekly Fantasy Fill Up thanks to Jacob Wilson and CrownBet: