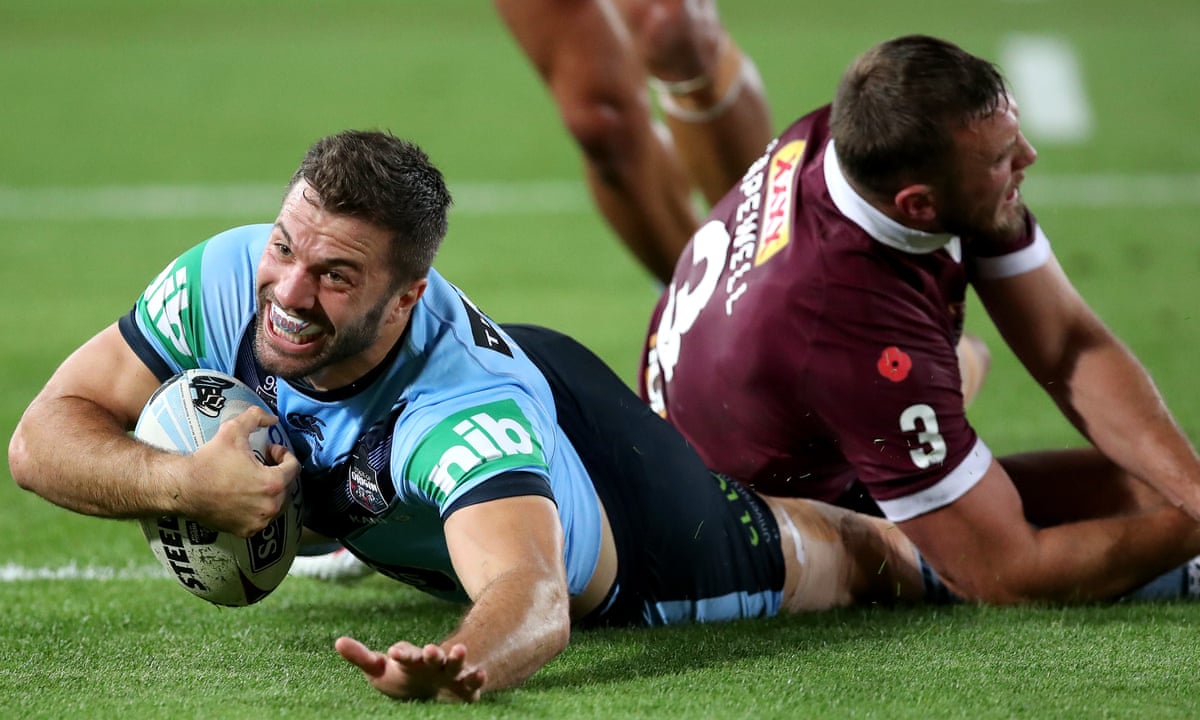 Don’t we love a decider!!

A win for the heavy favourite Blues and secure what will be back to back to back series win, while for the maroons, a win as huge underdogs will be their 12th series victory in 15 years. We are at Suncorp Stadium in Brisbane for Game III of the State of Origin series on Wednesday night.

After a gritty win to Queensland in game I, Brad Fittler flipped the whiteboard with plenty of changes ahead of game II in Sydney. Ultimately, making the big call to drop the likes of Luke Keary and bringing in Payne Haas off the bench paid off for the side as they ran out dominant winners, cementing them as clear favourites for the decider in Brisbane. For Wayne Bennett he has made more changes after losing patience with underperforming players. Corey Allen has come in for Phillip Sami and Harry Grant comes onto the bench for Ben Hunt. Christain Welch returns to the front row after missing Game 1 sending Dunamis Lui to the bench.

There are a couple of injury concerns for either side, Josh Addo-Carr is looking to overcome a toe injury but should be fine to play, while Maroons winger Xavier Coates has been ruled out due to injury.

UPDATE- Big changes in the Maroons side...

So this means Corey Allen will play fullback, Brenko Lee at Centre, Valentine Holmes will play on a wing, Edrick Lee plays on the other wing, Kurt Capewell is now in the second row pushing Jaydn Su'A to the bench.

Draftstars are back with another huge $40,000 contest and a range of high roller and small stake contests. Great to see that the pools filled last week so let’s hope the community supports this week’s contest.

For Game 2 it was inevitable that NSW asserted their authority on the series on the back of Nathan Cleary’s kicking game and the middle forwards for the Blues. Losing Cameron Munster in the 2nd minute didn’t help for the Maroons and subsequently losing their shape and ability to attack. Much was played out in the media on the bench rotations for Queensland and as a fantasy player you can share the sentiment. Dunamis Lui only played the 1st stint for 26 minutes and Tino Faasuamaleaui played only 44 (10 mins in the Sin Bin didn’t help). Thus this created big minutes for Jai Arrow (47 mins) and slate winning player in Lindsay Collins (51 mins).

No such problems for the Blues with only Payne Has spending time in the Sin Bin. Although I was a bit surprised to see Isaah Yeo leading the bench minutes with 40. Junior Paulo and Nathan Brown only scraped together 20 minutes each while Dale Finucane managed 25.

So for Game 3 I am going to make an emphasis on starting forwards in this match up. I can’t see the likes of Collins and Arrow getting big game time again in a decider (outside of injuries) so the likes of Josh Papalli and Christain Welch are very much in play. The Blues should be consistent once again so Payne Haas and Daniel Saifiti will look to take the bulk of the front row minutes.

WFB - The prices on Draftstars have remained pretty solid throughout the series which means you can still get pieces of the Blues attack. Both Josh Addo-Carr and James Tedesco were over 50% owned in Game 2 and you should see some higher ownership for Daniel Tupou in Game 3. So if you want to join the field then go right ahead. The only two pieces I would consider for the Maroons is Valentine Holmes and Corey Allan but I do not feel great about it, especially now Holmes is on the wing. With Allan now at full back, he is very much in line as a sneaky value play.

CTR - First of apologies to readers last week as I ‘dissed’ Kurt Capewell to have a low fantasy game. Capewell is just running huge meters (153 and 162 in the series) and will only increase his ownership. Now he is in the 2nd row this further increases his floor. He will be extremely popular in this position. If you want to pivot then going back to Clint Gutherson after a poor Game 2 is a good idea. Maybe Jack Wighton finally scores some fantasy points but I wouldn’t risk it here. Dane Gagai is always a favourite of mine and if you have the salary then you can get some leverage on the field here.

HALF - A very interesting position as it has been all series long. Both Nathan Cleary and Daly Cherry-Evans have been super in both games yet as the field has been doing, they are backing in Cleary at identical prices. Cleary has the highest ceiling but do not discount Cherry-Evans at home in front of 50,000 fans at Suncorp. Cameron Munster owners who were burnt in Game 2 will be much lower this week and that is perfect for GPP’s. Cody Walker’s 50 fantasy point performance in a big win was perfect for the value hunter’s in Game 2. Will Walker get back to another 50 fantasy point game? I am not so sure and will take an ownership stand here.

2RF - The premium 2nd rowers on the slate last week did let us down somewhat. Jake Trbojevic only played 60 minutes and Tyson Frizell suffered a cut eye and required 15 minutes in HIA. I love to go back to either these two on Wednesday night. As I wrote earlier, the starters “should” get extra run in the decider and I can see these two playing the full 80 minutes. If you need to pay down here then putting the said Capewell is another consideration. Felise Kaufusi is ok if you are looking for a solid 80 minute player. But I can’t trust Tino Faasuamaleaui in this spot. Not as keen on the bench options but if Freddy Fittler puts Isaah Yeo on the park early then he may be able to squeeze out 40 fantasy points if he gets the minutes. No confidence but it is an option. Jaydn Su'A is now on the bench yet I can see him hitting value here.

HOK - Once again like all series it is Damien Cook as your priority. Harry Grant is a true hooker on the bench so it would be bizarre to see Grant and Jake Friend on the field at the same time. Save yourself the stress and select Cook.

FRF - Concentrate on the 4 starters on Wednesday night. Payne Haas, Daniel Saifiti for the Blues and Christian Welch, Josh Papalii for the Maroons. All four should get at least 45+ minutes in two stints minimum. I can’t see bench options such as Junior Paulo and Lindsay Collins taking time off these 4. Haas’ salary is quite big so if you need to come back down to Saifiti then that's ok. But then again Papalii is only $700 cheaper than Haas so again coming down to Welch is an option.

Final Word: I am still bullish that NSW should take out the decider in Brisbane. Their attacking options are far superior to QLD and I will be basing fantasy sides on this narrative. That wraps up another big season for Rugby League. It has been a great growth year for Daily Fantasy which I am sure we can thank Peter V’Landys for! Looking forward to the 2021 season in March! 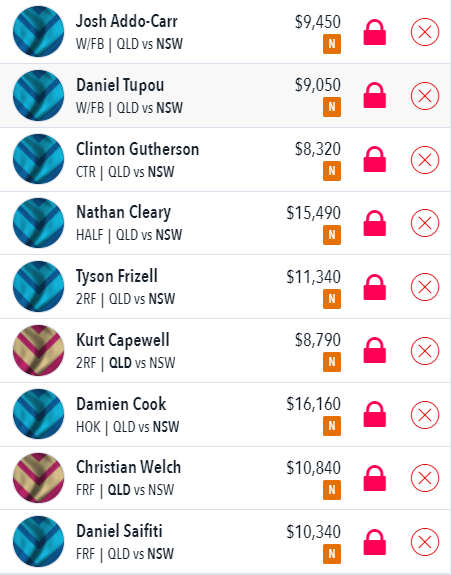