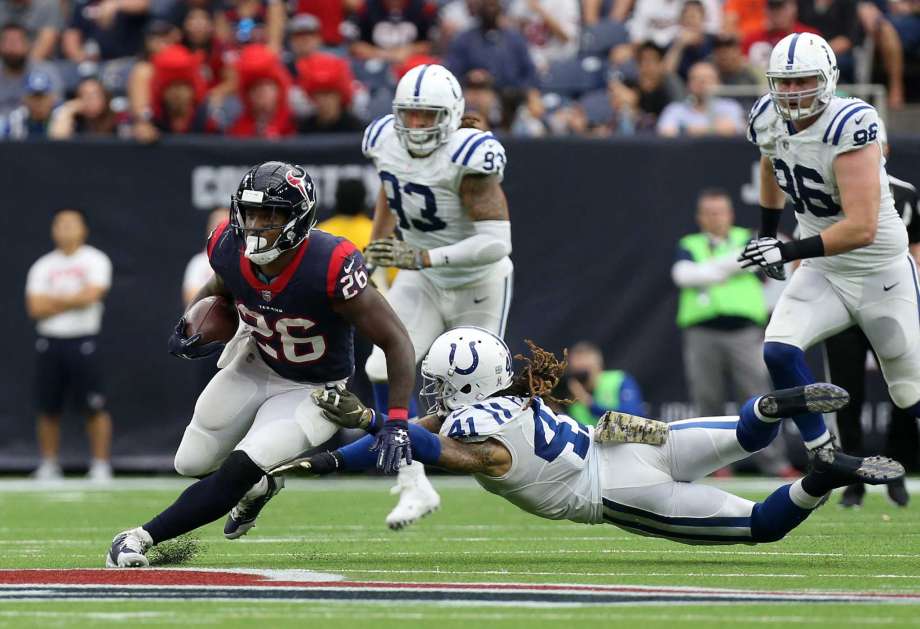 Interesting matchup in the NFL to begin Week 8 as the Houston Texans host the Miami Dolphins from 11.20am Friday morning (AEDT). The Texans will be coming off a good win over the Jaguars in Week 7 while the Dolphins will be looking to bounce back after a home loss to the Lions.

DraftKings will once again be giving away a ridiculous amount of money in a range of tournaments over the course of Week 8 in the NFL, kicking off with some monster single contests on Friday morning! We have our best fantasy tips for the Dolphins-Texans game below.

Miller has been relatively quiet by his standards to start the season but came to life last weekend against the Jaguars with 100 rushing yards on 22 carries and totaled 19.9 points. It was the first time since Week 1 that Miller had racked up 20+ rushing attempts and with a good matchup against the Dolphins this week, who currently sit 3rd in the league in points allowed to running backs, he should have another good week.

DeShaun Watson has had two stinkers in a row by his lofty standards, scoring 8.28 and 10.86 over the last two weeks. The Texans, have, however, faced one of the better passing defences in the league last weekend in Jacksonville and over the last two weeks Watson has thrown just 24.5 passes per game. The Dolphins have also played decent pass defence this season but if it’s a question of Watson or Dolphins back up Brock Osweiler, the choice is easy.

There’s not much competition for touches at the running back position in Miami at the moment. Kenyan Drake is without a doubt the number one running back but Frank Gore will continue to get touches as the main guy for short yardage running inside the hash marks. This means there’s plenty of opportunities for Gore on the goal line this season as Drake continues to be more of a pass catching back while Gore handles the bulling duties.

Always an interesting choice when we add a kicker into the preview, however, Fairburm has been one of the best at his position in the entire league over the past few weeks. In his last two games he has scored a total of 18 points and hasn’t missed a field goal or a point after attempt and has a season high of 14 points this year. Miami are the 7th best red zone defence in the league, allowing a touchdown on under 50% of opposing teams trips to the red zone. Fairburn could be on for another big day.

Osweiler will start for the injured Ryan Tannehill at QB this Friday morning and has the unenviable task of going up against one of the scariest pass rushing tandems in football in JJ Watts and Jadeveon Clowney. The Texans allow just the 8th fewest points to QB of all teams this season and Osweiler has had a disrupted season so far in 2018.

Danny Amendola finally came to life last weekend for his first score of 20+ since moving to the Dolphins from New England in the off-season. He has, however, been severely under-thrown to this year, averaging just over 5 targets per game this season. He is also carrying a slight shoulder injury into Friday’s game so is a definite stay away for us here.