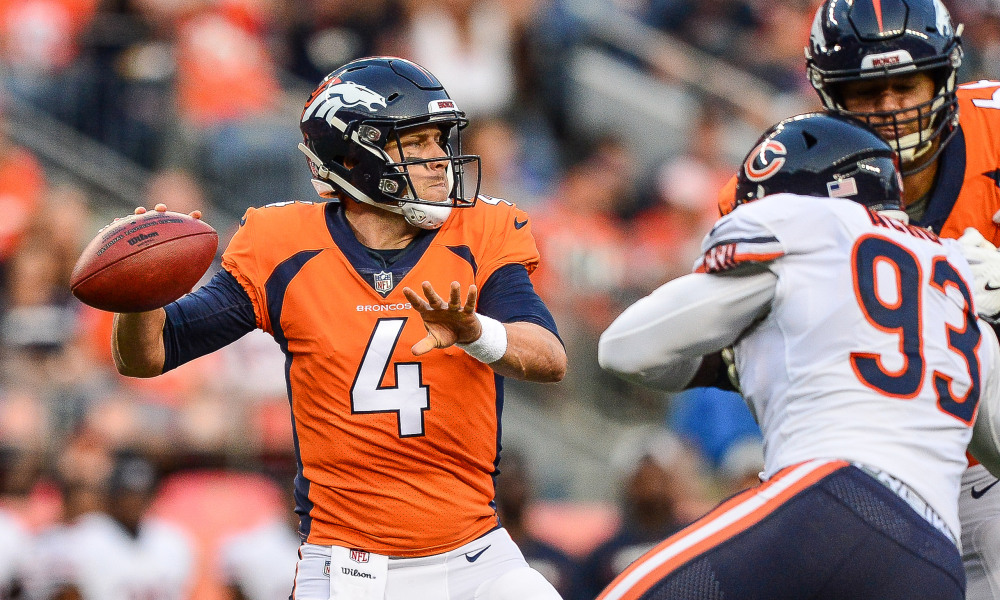 Week 7 of the 2018-19 NFL season gets underway this Friday morning as the Arizona Cardinals host the Denver Broncos from 11.20am (AEDT). DraftKings are once again leading the pack in daily fantasy prize pools on offer with their major tournament of the day topping $1.25 million guaranteed. We are back with another slate of best daily fantasy tips for the Friday morning game here!

Cardinals first string running back David Johnson has been working slowly into the season after missing most of last year with an ACL injury. The running back has proven he can be one of the most dynamic fantasy scorers in football in the past and has averaged just over 15 points throughout the first six weeks of play. Has a great matchup this Friday against the Broncos who allow the second most rushing yards per game, behind only Arizona themselves.

We aren’t completely sold on either QB heading into this game but we think Keenum is a easily the better option of the two. After two poor games of below 10 points, Keenum has bounced back over the past two weeks, scoring 25 against the Jets and 23 against the Rams on the weekend. Arizona are a bottom half defence in the league against the pass so we think Keenum is the obvious choice at QB.

Thomas hasn’t been his usual dominant self so far in 2018 as father time begins to creep up on him. He averages just 13.7 points per game in 2018 and Arizona allow just the 7th fewest points to WR in the league. However, the last time these two teams faced off, Thomas had one of the all-time great fantasy games. When the two teams met in 2014, Thomas had 8 catches for 226 yards and 2 touchdowns. If he can replicate even a quarter of that on Friday, he should be good value.

The Cardinals have really struggled to find any sort of offence so far in 2018. They haverage just 13.7 points per game, which is the second fewest of any team in the league. Denver’s defence has been only average in most statistical categories so far this season but that number could be skewed after playing some tough games against the likes of the Rams, Chiefs and Ravens.

Rosen has been serviceable in reality since Cardinals starting QB Sam Bradford went down in Week 3 of the season. However, he has been below average in fantasy terms, scoring just 8.3 points per game in his four contests so far. You’ll be paying $6k more for Keenum on Friday morning but I can’t see a winning team with Rosen at QB.

Fitzgerald has had one of his quietest fantasty seasons since entering the league this year. He averages just 7.3 points per game in the opening six weeks of the season and is carrying a slight back injury into this game. Chances are he’ll suit up but expect him to have limited production throughout the night.