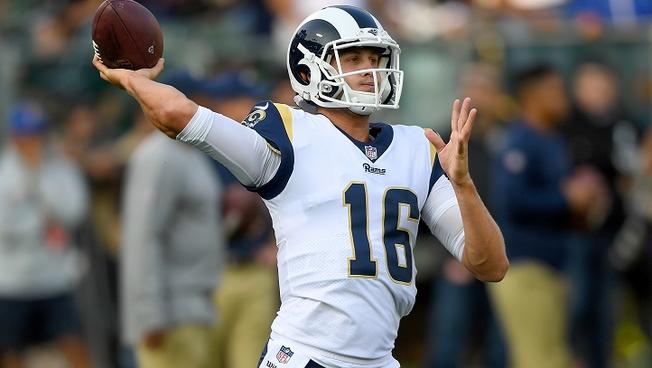 Couple of profitable tips in our NFL Week 6 daily fantasy preview last weekend. DraftKings are back in Week 7 with a monster $3,250,000 prize pool in their major Sunday slate (Monday morning AEDT) tournament. $1,000,000 will go to the winner of the tournament and to help you prepare, we have another round of daily fantasy tips below. 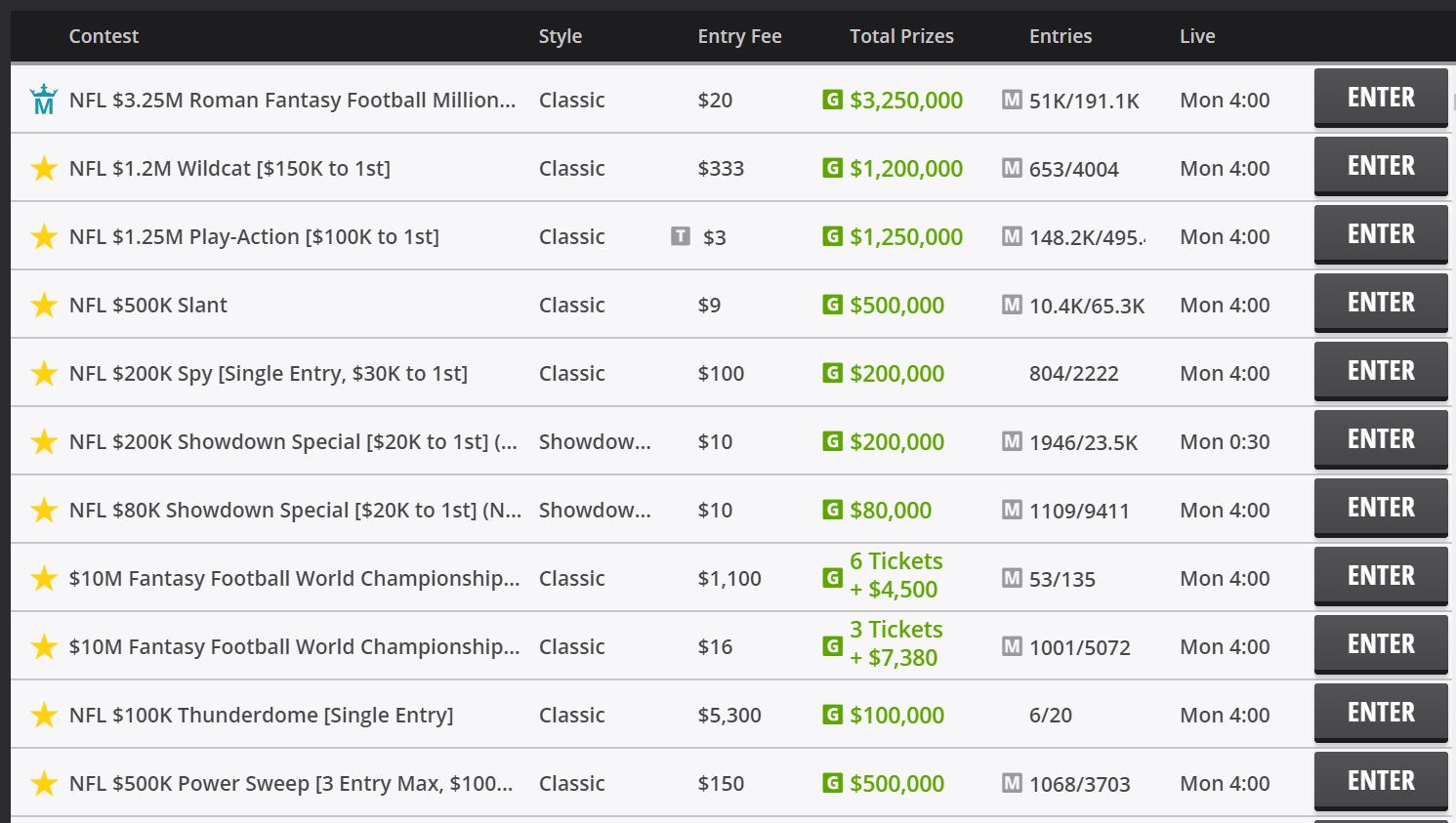 Jared Goff is the highest priced QB this Sunday and out best bet at the position for the day. He leads the most dynamic offence in the league, scoring over 30 points in five of six games so far this season and he’s has thrown for an average of 321.3 yards per game through the first six weeks, which is good for fourth in the league. The three quarterbacks on that table that sit above him, arent available on the Sunday slate this week.

While Goff’s selection is based on form and consistency, our value option at QB this week is based on matchup. Joe Flacco hasn’t set the world on fire in 2018 as of yet, however, he has been solid with 298 passing yards per game and has a very favourable matchup against the Saints this weekend, who allow the most fantasy production to the QB position in the entire NFL. Expect a shootout between the Ravens and Saints on Sunday and a big score for Flacco.

Todd Gurley wins the weekly battle between himself and Alvin Kamara in Week 7 as the latter has a tough matchup against the strong Baltimore run defence. Gurley might be a stock standard in our fantasy previews, but for good reason. He is currently the highest scoring player in all of fantasy with 31 points per game and had another absolute monster on the weekend, rushing for 208 yards with two touchdowns for 39 points. At this point I’m not sure it matters too much who you put in front of Gurley.

Kenyon Drake will be relieved that the Dolphins were able to pull out the win after a last quarter fumble by the running back almost handed the game to the Bears. The running back position at Miami is still ran by committee with Frank Gore taking up a lot of the rushing responsibilities while Drake plays as a pass catcher out of the back field. However, at $4,900 this Sunday, Drake is a great cheaper option at running back, especially coming up against the Lions, who are third in most points allowed to RB.

As damaging as the Bears defence has been so far in 2018, they haven’t been fantastic at stemming the flow of wide receivers in fantasy. They currently rank 28th in the league in that department and will be up against the best QB in the game this Sunday. Julian Edleman has now played two games since returning from suspension, scoring 12 in the first followed by a 16 against the Chiefs in Week 6. He’s still clearly Brady’s go to guy and in big games like the one this weekend against the Bears, he usually turns it on.

After some below par scores in the first three weeks, Gabriel was finally able to showcase his skills in the Bears blowout Week 4 win over Tampa Bay. The WR caught for over 100 yards and two touchdowns to rack up 33 points and backed it up in Week 6 with a score of 19.9. Is a mainstay in the Bears lineup now, can still be picked up for relatively cheap and has a good matchup against the Pats this weekend.

Hard to look past the most expensive tight end in fantasy this weekend in Ertz. The Eagles have a great matchup against the Panthers this weekend, who have struggled to figure out their pass defence and Ertz is on the back of a eight day break. Averages 19 points per game which is the highest mark of any tight end in 2018 so far.

The Rams have probably the most favourable matchup of any defence in Week 7 as they face off against the 49ers. The 49ers did put up 30 points on a terrible Green Bay defence last weekend but scored just 18 in their previous contest against the Cardinals. The Rams have been one of the highest scoring defences in fantasy throughout the first six weeks and should be a safe pick Sunday if you’re willing to pay.