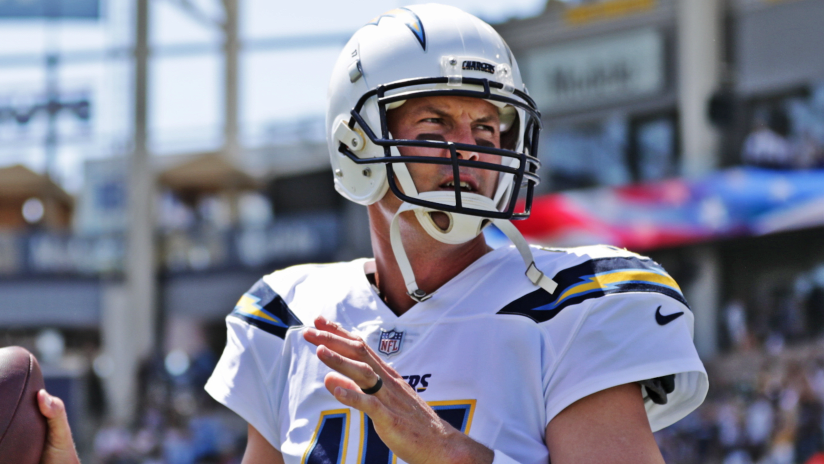 The 2018-19 NFL season continues this weekend and DraftKings are once again putting up a whopping $4,000,000 for the major Sunday slate tournament! We are back again this weekend with our best daily fantasy tips for the Sunday slate below.

Check out the full complement of DraftKings tournaments for the weekend’s NFL action below. 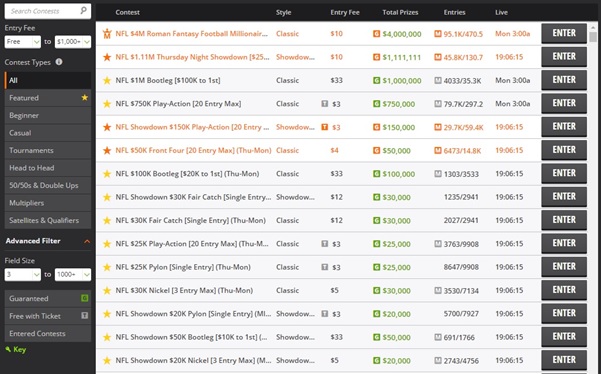 Opting for two Quaterback’s playing against each other this Sunday as I think the Los Angeles vs San Francisco game could be a bit of a shootout. The San Francisco 49ers have given up the sixth most passing yards per game of any team so far this season at 288 per game. They allowed the Chiefs to put up 38 points while Quarterback Patrick Mahomes threw for 314 yards and three touchdowns on the weekend. Rivers is known for bullying average pass defences and going off for big games, so we like him as the fourth priced Quarterback on Sunday.

Beathard is the cheaper option this Sunday and faces off against Rivers and the Chargers. Will step into the starting role in place of the injured Jimmy Garoppolo and has a good matchup against the Chargers, who have allowed 272 passing yards per game this season and gave up 35 points and 354 passing yards to the Rams last weekend.

Joe Mixon was out of the Bengals side last weekend with a knee injury and should remain on the sidelines for this Sunday’s game against the Falcons. The injury means that Giovani Bernard will start at running back once again this weekend after rushing for 61 yards on 12 attempts against the Panthers in Week 3. He also added a rushing touchdown and 25 receiving yards for a total score of 19.6, his best for the season. Should be another good cheaper option this weekend against the Falcons who allow 125.7 rushing yards per game, the 5th most in the league.

Sony Michel has had two ordinary weeks in a Patriots uniform so far but has had a decent opportunity as he racked up 14 rushing attempts on the weekend. Patriots original number one running back Rex Burkhead was placed on the injury reserve throughout the week with a neck injury, so Michel should see even more opportunity this weekend. Has a good matchup against the Dolphins, who have allowed the 6th most points to running backs so far this year.

Looking at two New York Giants for our wide receivers this week as they face off against the Saints, who for the past few years have been incapable of stopping the pass. The Saints have allowed 1010 passing yards so far this season, which is the third most in the league and when the Giants and Saints faced off in 2015 they combined for 101 points as Eli Manning threw for 350 yards and six touchdowns.

Odell Beckham Jr caught for 130 yards and 3 touchdowns that day for one of his highest ever fantasy scores.  He scored a respectable 22.9 points last weekend on 109 yards but has yet to catch a touchdown pass in 2018. Sterling Shepard had a slow start to the season but came alive in Week 3 with 80 yards and a touchdown catch for 20 fantasy points. Odell and Sterling should have good games this weekend.

Not much on offer at tight end this weekend so we are just going to play it safe and stick with the best at the position in the league in Rob Gronkowski. Gronk has been quiet throughout the last two weeks with scores of just 3.5 and 9.1 but we think he comes back this weekend after some public comments were made about him throughout the week. Scored 27.3 points in Week 1 against the Texans.

In keeping with tradition this week we’ll once again be betting against the Arizona Cardinals and selecting the Seahawks defence. The Cardinals have scored just 20 total points in three games so far this season and Sam Bradford has already slung four interceptions in 2018. Seahawks should keep them to a low score this Sunday.