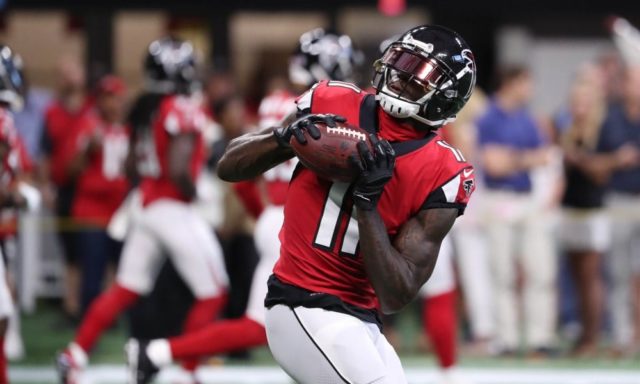 Week 2 in NFL daily fantasy proved to be a successful one as we hit on a couple of nice tips including Patrick Mahomes of the Kansas City Chiefs who was our best bet at QB. The rookie went off for 41 fantasy points while some other tips in Todd Gurley and the Rams D/ST had great games.

Just another lazy $4.2 million up for grabs in the feature DraftKings tournament for this weekend’s Sunday action. To celebrate, we are back with another slate of Daily Fantasy tips for Week 3 in the NFL below. 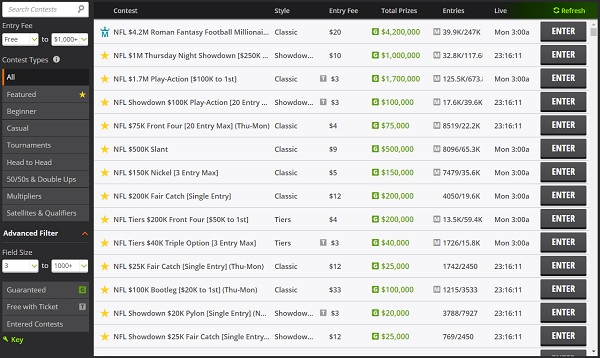 Garappolo was good against Detroit on the weekend, throwing for 206 yards and two touchdowns with no interceptions. It was a much better performance than the three-pick game he put up in week one against the tough Minnesota defence. Should continue to get better as he faces the Kansas City Chiefs this Sunday, who allow the most passing yards in the league at 430 yards per game and have already given up six touchdown passes through two games. Is the fourth highest priced QB this weekend but we think he should be one of the top scorers at the position for the day.

Matt Ryan is the value option at QB this Sunday. He was dominant against Carolina on the weekend, throwing for 272 yards and two touchdowns while adding a further two rushing touchdowns to tally up over 30 fantasy points. We think the rushing touchdowns will disappear this weekend, but he does have a great matchup against the Saints, who love to get into high scoring shootouts. The Saints have allowed an average of 326 passing yards per game through the first two weeks, which is good for the fourth most in the league.

Rule #1 in fantasy in the 2018-19 NFL fantasy season.. Take the running back playing against the Arizona Cardinals. The Cardinals have proven themselves incapable of stopping the run throughout the first two weeks of the season. They allowed Adrian Peterson and the Redskins to rush for 182 yards in Week 1 before letting Todd Gurley and the Rams off the chain in Week 2 for three rushing touchdowns. They have already let through four TD runs this season, which is the most in the league and don’t look like improving.

Kenyan Drake was impressive in the Dolphins Week 2 win over the Jets, rushing for 53 yards on 11 carries and adding another 17 receiving yards on four catches. He racked up 17 fantasy points with a rushing touchdown and has a good matchup this weekend against Oakland, who look lost on defence without Khalil Mack, particularly against the run. The Raiders have allowed 154 yards per game along the ground in the opening two weeks.

If you aren’t on Julio Jones this weekend, then you will likely be missing out on a big score. One of the best receivers in the league, Jones had a monster game in Week 1, catching for 169 yards for 31.0 fantasy points. He faces the Saints this weekend who allow the fourth most passing yards per game in the league and who he has dominated over the past few years in the NFC South. In two games against the Saints last season, Jones caught for a total of 247 yards and while he didn’t catch a touchdown, he was Matt Ryan’s favourite target, averaging 11 targets per game in those contests. Lock this weekend.

It seems like Sammy Watkins was one of the only Chiefs receivers not to catch a TD pass on the weekend as Patrick Mahomes went off for six TD passes. However, Watkins was targeted seven times for six catches and 100 yards and added a further 31 rushing yards for 22.1 fantasy points. He has become a favourite of Mahomes, who loves to throw deep and should find the end zone soon. Good matchup this weekend against San Francisco who allow 278 passing yards per game.

Hard to look past the value of Jared Cook at tight end this Sunday. He is the highest averaging tight end on the slate with 19.5 points per game after his brilliant week one against the Rams where he caught for 180 yards. Has a good matchup this weekend against the Dolphins, who are ranked 17th in the league in points allowed to tight ends. Is a cheaper option but has the potential to score with the likes of Kelce, Ertz, Reed and co.

The Bears defence is a juggernaut with the addition of Khalil Mack. They kept the Seahawks to just 17 points on the weekend and have the enviable matchup against the Cardinals this weekend, who have scored just 6 points all season. The Bears have the highest scoring average on the slate this Sunday and have the best matchup. GET ON!