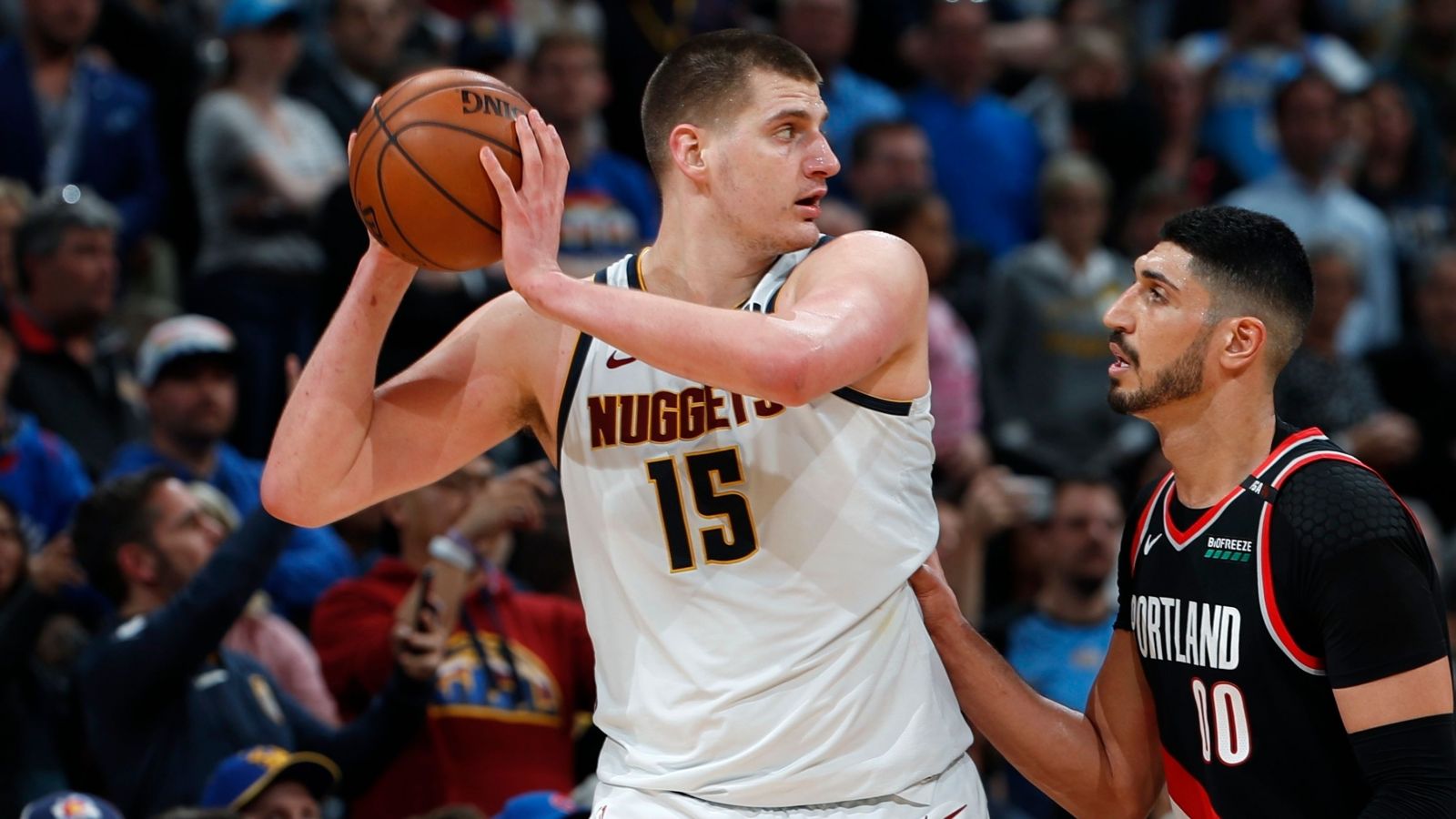 Nothing stands out significantly on this slate. Milwaukee at Boston has the highest total at 220 points, which is just under 5 points higher than Denver at Portland. Both games are expected to be close, which is no surprise at this point in the playoffs.

Boston are the only team that are in a pace up matchup on this slate making them a somewhat attractive target, particularly given they are playing at home. What makes them more intriguing, however, is that their implied total is only -1.4 points below their season average.

I know we don’t generally look for implied totals to be under the average, but on these small playoff slates where the pace slows down and the defense ramps up we essentially want the best of a bad situation. So while the Celtics are expected to score under their season average, in comparison to the other teams on this slate it is a significantly better prospect than the other three teams.

The only injury news of consequence to monitor is Jamal Murray is a game time decision. He has personally “vowed” to be ready for game 3 so it is highly unlikely he doesn’t play. That said, it is always worth being prepared and it might be a red flag for how he will perform if he does play.

If Murray was to miss it would be Monte Morris who would likely move into the starting lineup and become the biggest beneficiary. During the 7 games Murray missed this season Morris averaged +8.9 fantasy points from an additional 9.4 minutes of playing time. 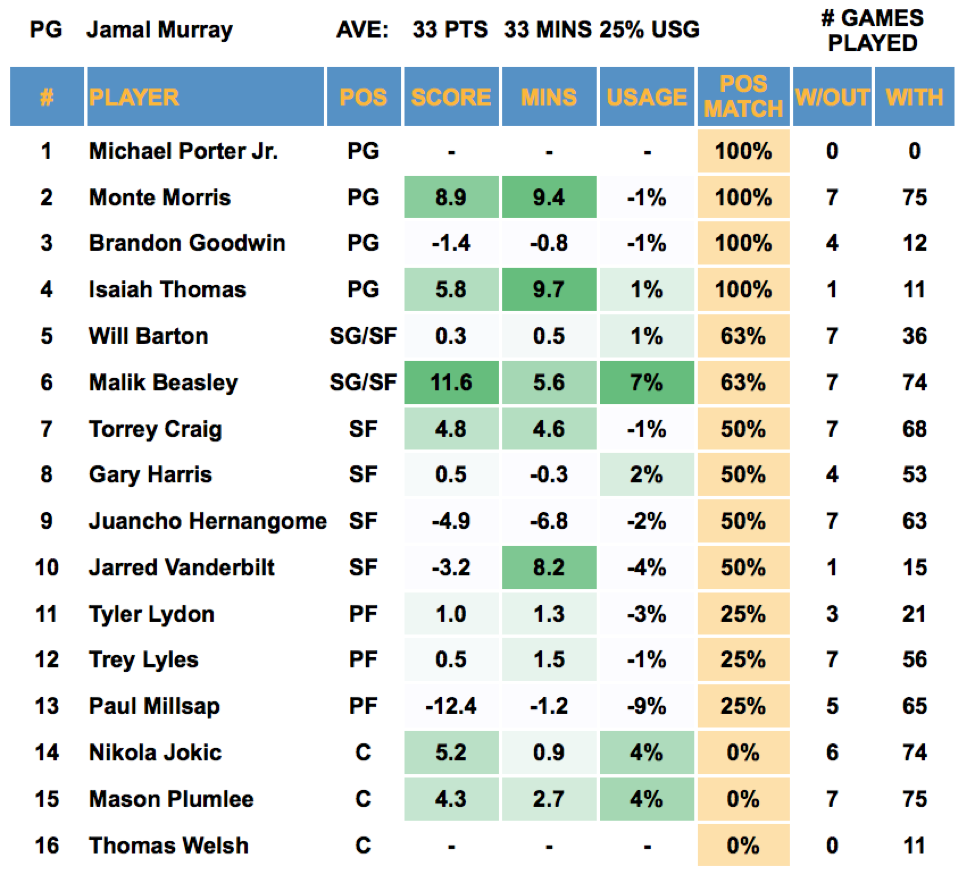 Gary Harris (DS $8,180, DK $4,900) continues to play over 35-40 minutes per game through the playoffs. I will be going back to the well on him this slate, he has been very consistent in the range of 20-30 fantasy points making him a solid play for all formats. Lock and load in cash games.

Marcus Morris (DS $9,120, DK $4,600) has been a stand out in this series and in a form run averaging 27.4 fantasy points over his last four games. The Bucks have no real matchup for him, especially while they are starting Mirotic.

Kyrie Irving (DS $15,850, DK $8,500) is perfectly priced in comparison to the other stars on this slate. He has been a roller coaster through this series with 50 fantasy points in the first game, followed up by just 21 in game 2. It is rare for players of Irving’s calibre to have two bad games in a row especially as they are coming home for the all important game 3. Irving shot 4/18 in game 2, so a regression to the norm should be due.

Khris Middleton (DS $12,990, DK $6,800) has absolutely lit up the Celtics going back to last years playoffs. During their 7 game series last year he averaged just under 25 points per game and shot over 60% from 3 point range. He has picked up right where he left off in this series averaging over 40 fantasy points through the first two games. 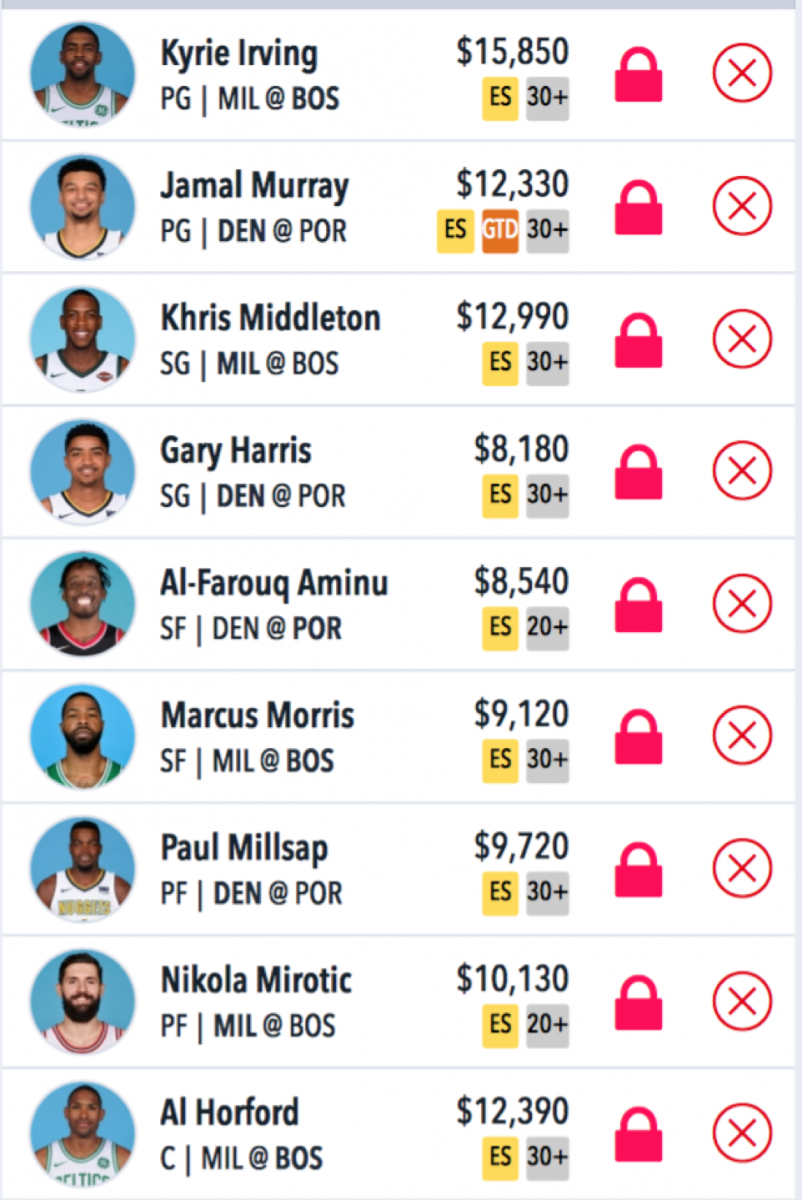